Here is a War Hog for my Hordes Minions force. I really enjoy using this piece in game as it just has all the tools (at least when used with Dr Arkadius) to make for a hilarious game. Firstly, it’s not paying for any cute tech – the War Hog is 100% face-punching action. Secondly, the War Hog can improve its own strength without any outside help allowing it to wreck whatever targets are in front of it. Finally, in the Will Work For Food theme force all Warbeasts gain Overtake, allowing them to move a little after a kill. While this is less hilarious with a War Hog than a Swamp Horror, it means that the big chap can be used to clear out some jamming infantry when needed.

The War Hog was really nice to paint. The lines are clean, especially when compared to other PP miniatures, and every piece was clear as to what it was supposed to actually be. The story for these chaps is that they’re assembled from fallen Warjacks and various large Farrow in a Frankenstein’s Monster style, so I mixed up the colours a little on the metal sections and painted the grafted right arm in a different skin tone. Overall I’m very happy with the result. 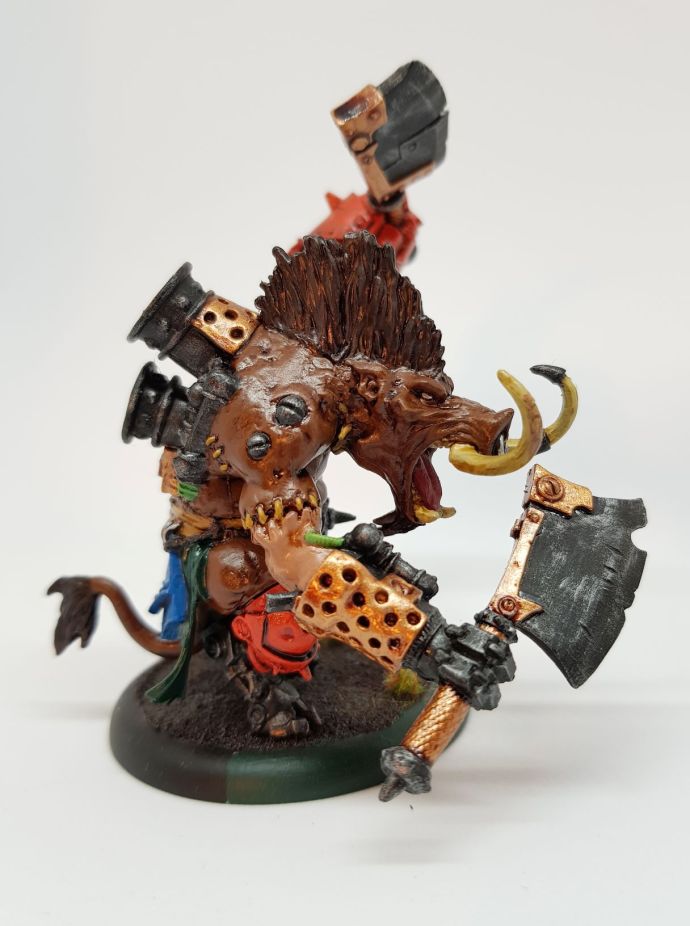 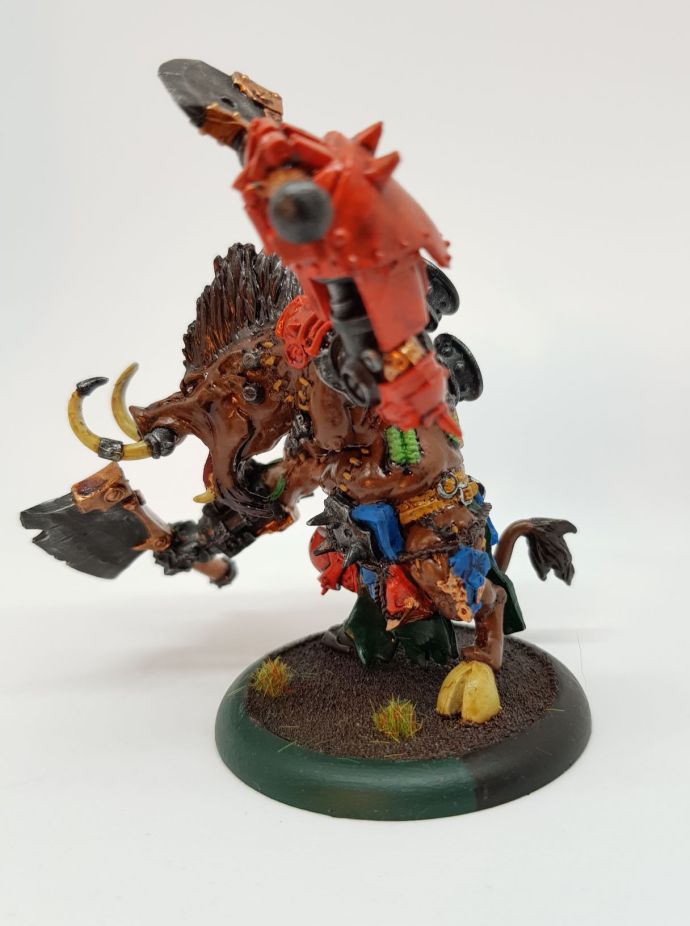 Next on the painting table: Bloodgorgers.