Here is Jarl Skuld, Devil of the Thornwood. He’s a Warlock in my Trollbloods force for Hordes and as such is the lynchpin for the whole army. The main reason I chose Skuld as my first and main Warlock is because he carries a pair of rather long range pistols. Since getting your Warlock killed means a loss in Hordes, being able to contribute without getting stabbed too much in return is quite appealing (not that it helps me too much since I’m still awful at the game). His Feat allows some clouds to be placed in his Control Area, which at least in theory allows me to deliver my forces without having them shot too much on the way in. My favourite part of Skuld’s kit is the Magic Bullet spell, allowing him to gun down support solos and so on when they think that they’re safe.

I very much loved painting the Jarl, as he’s covered in nice bling. I felt that the deep red of the cloak was fitting for a leader of Trolls as it makes him stand out on the battlefield. The only part I was unsure on was the headband. In the end, I did it in white (maybe it’s more like a bandage) as all the other colours I tried ended up blending in too much with the skin or cloak, or were otherwise unsatisfactory. 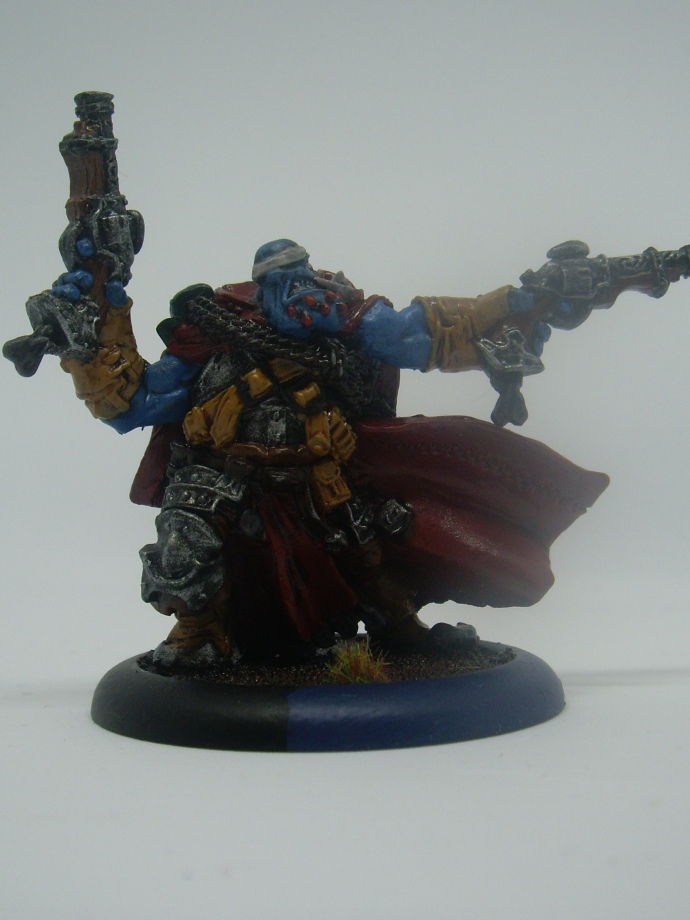 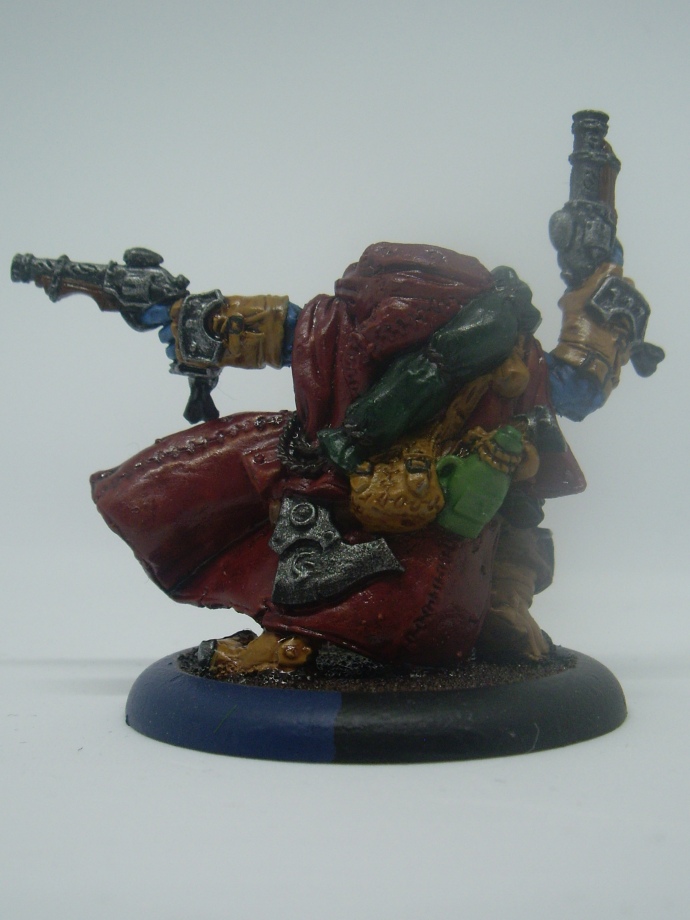 Next on the painting table: Satyxis Blood Witches.