This is a Gobber Chef, another solo to go with my Minions for Hordes. I have never actually put the little chap on the table. I got him as part of a set of other miniatures, and it seemed like he was a perfect fit to fill up the last single point of my list at the time. Almost immediately after that, the points costs of various Warbeasts changed anyway, rendering the Chef superfluous. Still, I like the idea – Minions is the comedy faction of the game, and the Chef’s main role is to feed your own infantry models to your Warbeasts to keep them under control. I assume that the actual reason for the miniature is that one of the sculptors did it for a laugh, and it was popular enough in the office to get a release.

Painting the Gobber Chef was a pleasure. I really love the character of the little chap, and even though the barbecue theme seems a bit silly on a battlefield I don’t mind a bit. I chose a deep blue for the clothes mainly to contrast with both the green of his skin and the white apron and hat. I originally considered a slightly less ludicrous colour (probably another shade of brown) but then realised that this was not the kind of miniature on which to select the less-silly option. 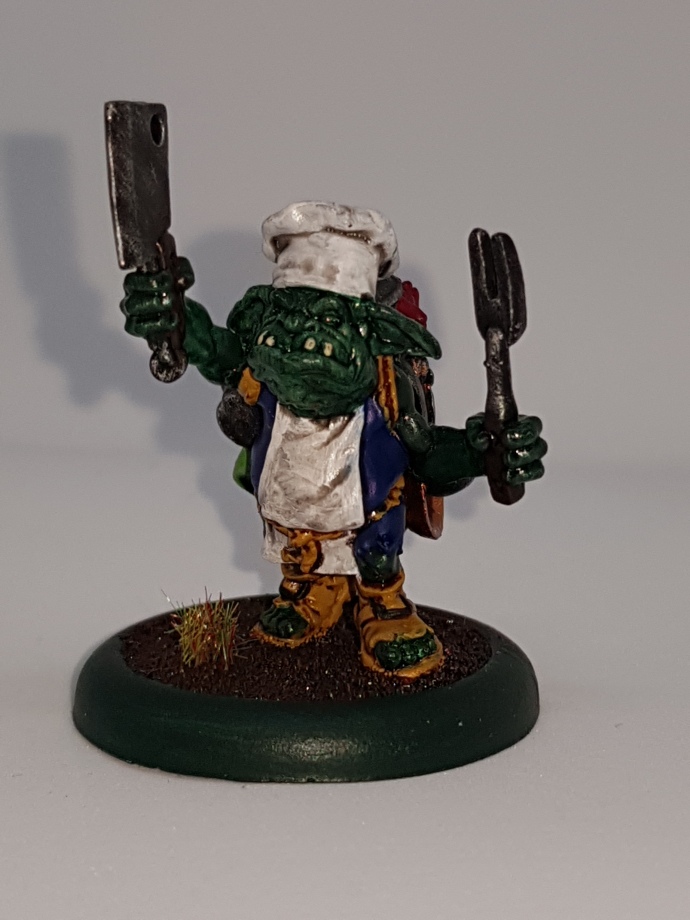 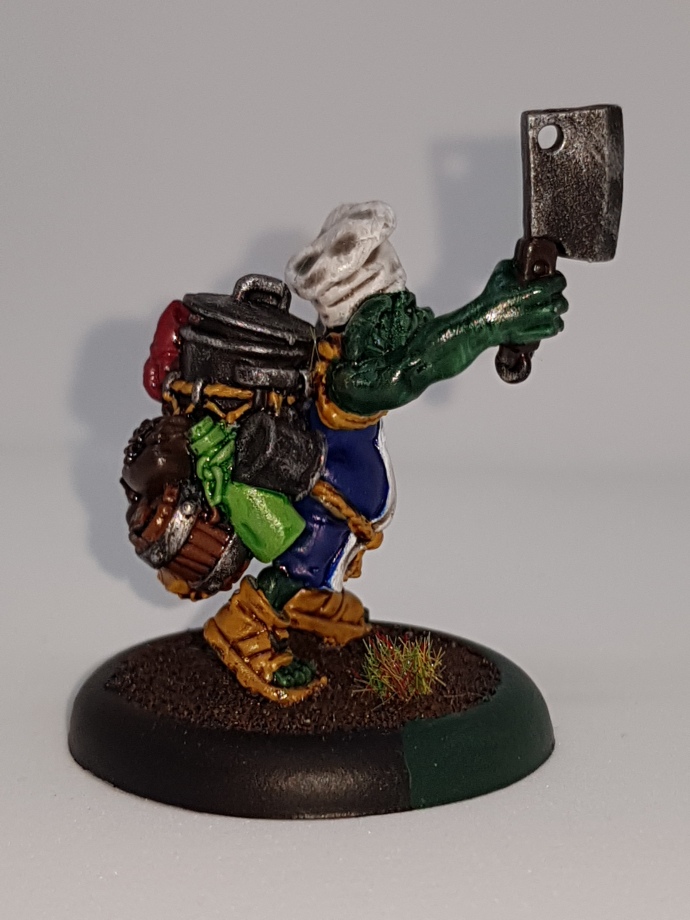 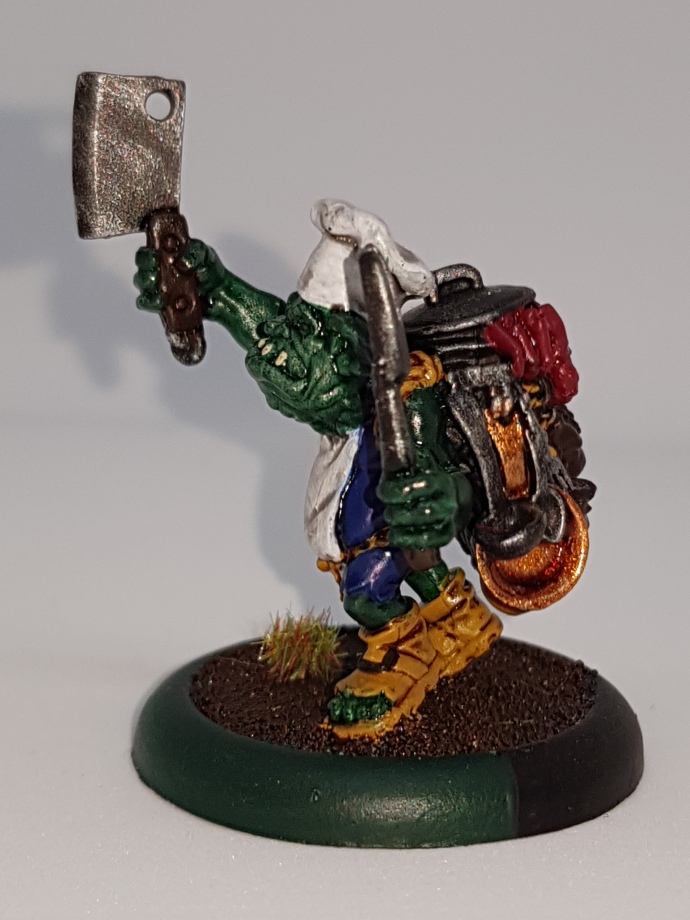 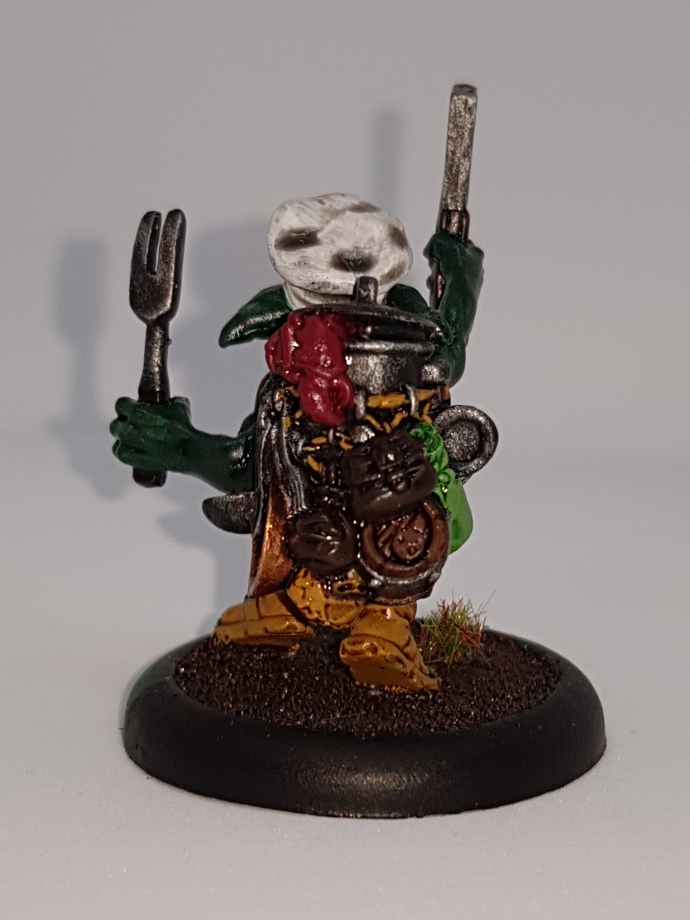 Next on the painting table: Aiakos, Scourge of the Meredius

Posted on January 6, 2020 by Argentbadger

Here is a Blackhide Wrastler, a heavy Warbeast for my Minions army in Hordes. Perhaps not entirely surprisingly, this gigantic alligator monster is a powerful melee attack piece. I try to use it as a late game option as the Wrastler also brings the useful Rage animus, for when I want things to be dead without having the inconvenience of having my Warbeasts frenzy immediately afterwards (as is the case when Primal is used). Swamp Horrors take Rage particularly nicely in my experience, as do War Hogs for when I need to engage ludicrous hitting power.

The paint scheme is fairly simplistic but it was very satisfying to apply. The bumpy scales covering the Blackhide Wrastler make it both easy and enjoyable to paint, and I was able to overlook the slightly goofy pose. In retrospect, I think that red cloth for the Wrastler’s luchador mask might have worked a bit better… I guess I know what I’m going to be doing if I ever find myself with a second one. 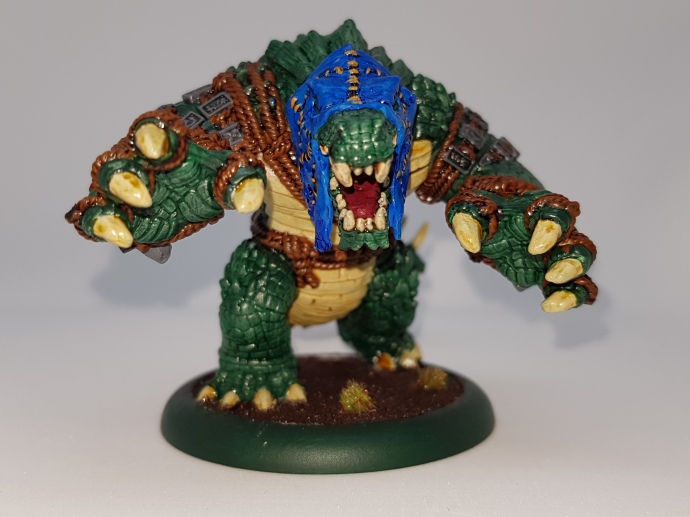 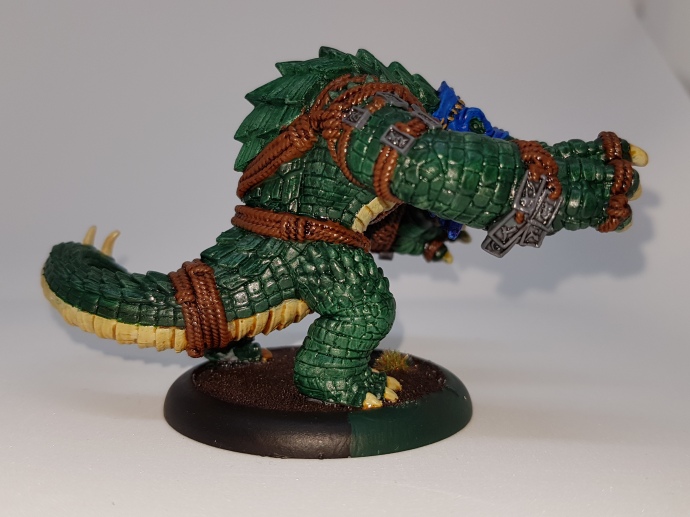 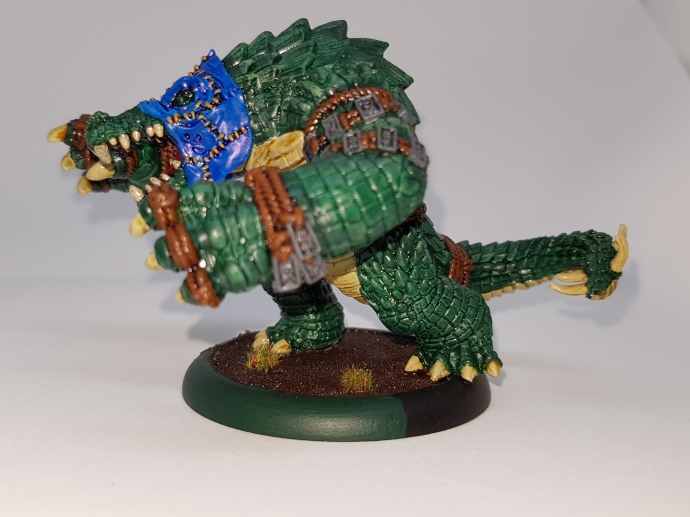 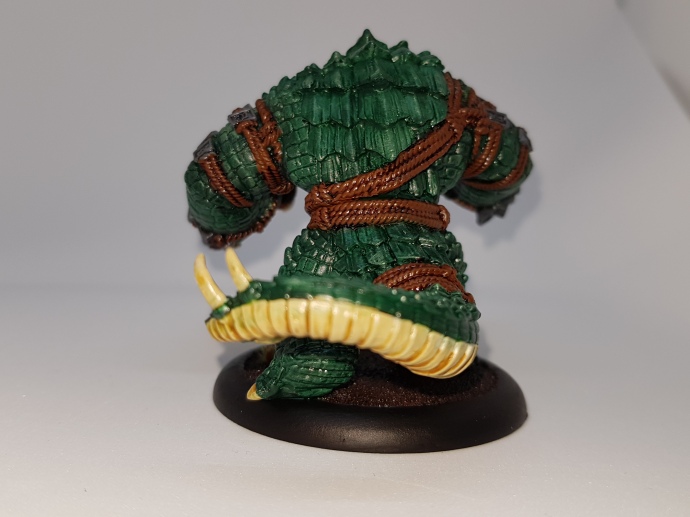 Next on the painting table: Gobber Chef