This is Carnage for Marvel Crisis Protocol. He’s affiliated only with Spider Foes, which I guess is fitting considering that is pretty much the limit of his comic book appearances. Carnage is a fairly one dimension piece on the tabletop, being highly focussed on murdering everyone on the other team, and is very good at it. There was a while (sadly before I got him) when he was among the top meta choices for out-of-affiliation picks, mainly because of the interaction with the Doomed Prophecy card. Now that this card is moved to Asgard only, Carnage seems to have fallen out of favour. He’s a hard character to pick as his defences against energy and mystic attack types is abysmal so he always runs the risk of just being blown off the table before he gets revved up if the other team is packing a good mix of attack types.

Carnage was one of the few minis I have painted recently that I actively disliked. He’s only two colours but painting all that veiny black symbiote was an exercise in frustration after I’d worked on the red skin. I’m glad to call him complete and put him to one side now. 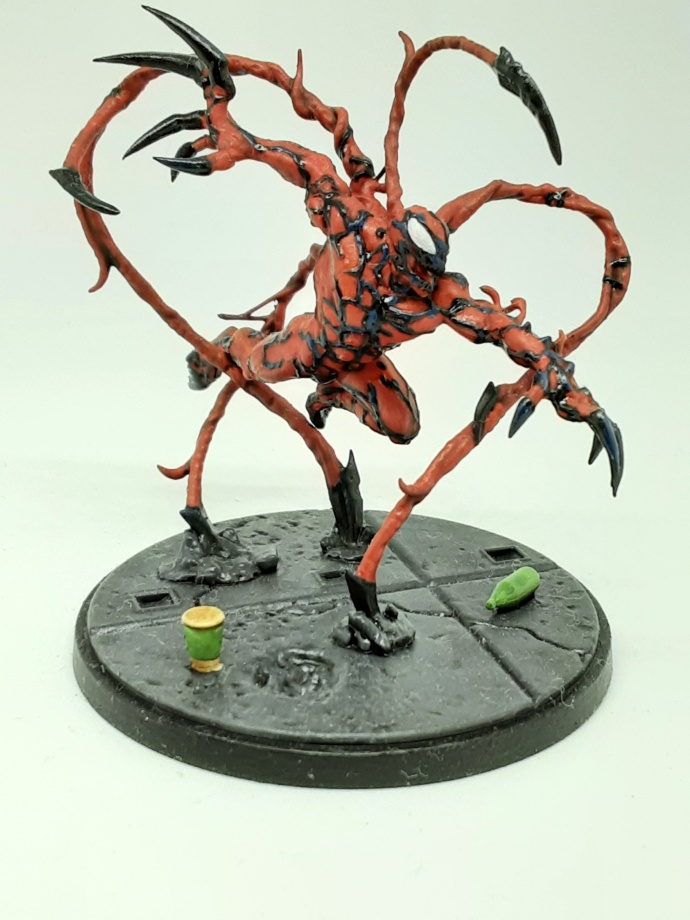 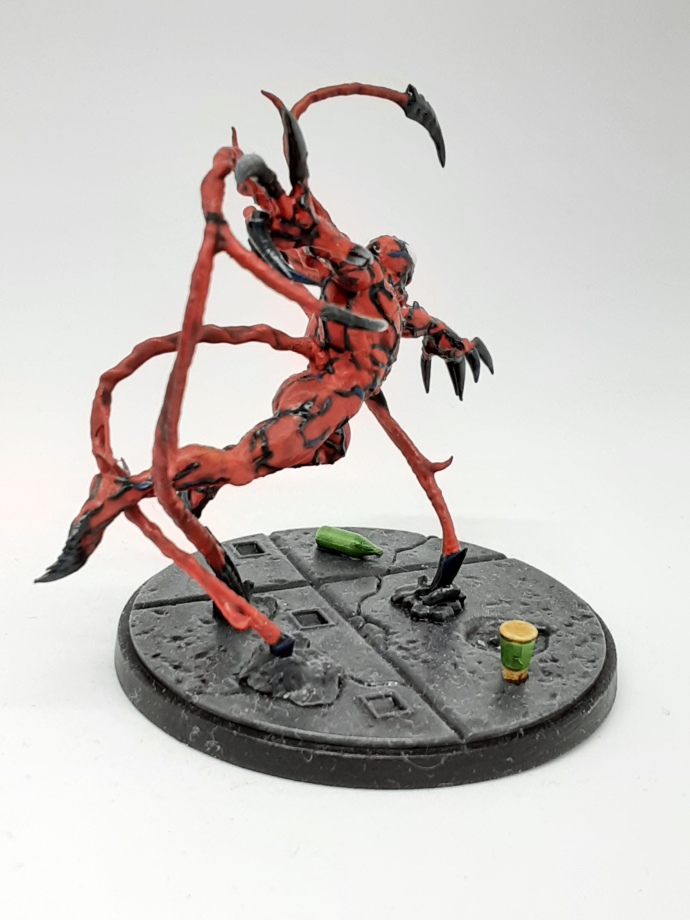 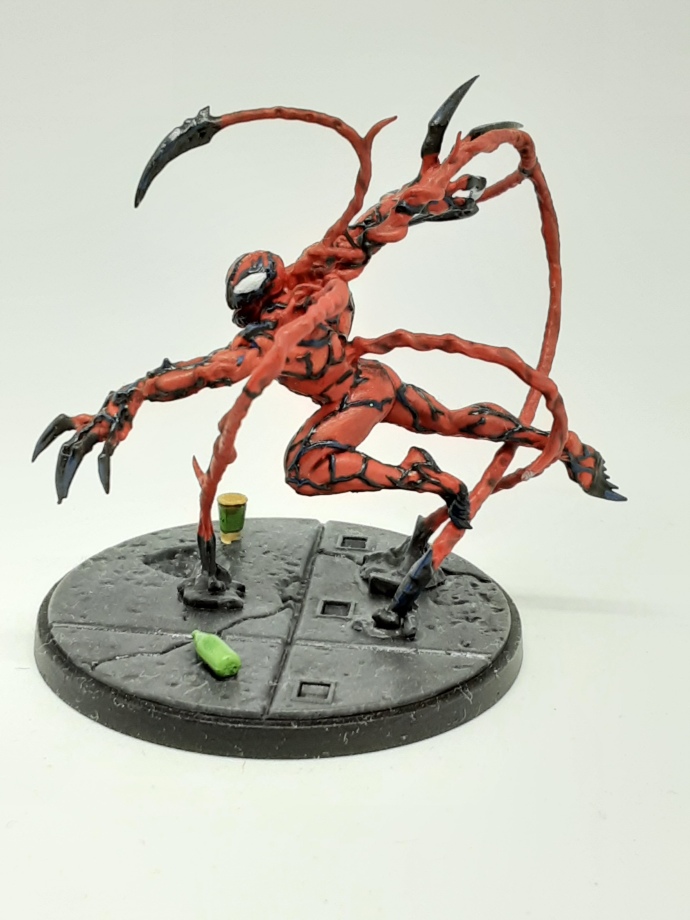 Next on the painting table: Honey Badger.