Here is a unit of Trollkin Warders for my long neglected Trollbloods army in Warmachine / Hordes (the last things I painted for this force was these Fennblades way back in 2013). WarmaHordes has had a bit of a resurgence among my gaming friends lately and it’s got me the enthusiasm to paint these up along with some Cryx models again. The Warders are a defensive unit; their main ability is being able to catch bullets aimed at more important pieces. In my case, this is mainly whichever Warlock I’m using but in particular if it is Calandra Truthsayer (about whom more eventually) since she’s pitifully easy to kill.

Like almost all Privateer Press plastic miniatures the Warders are a real pain to clean up with mold lines and flash all over them. The mold lines also tend to run across important details such as faces. I cleaned these up as well as I could but I admit that I find the process quite frustrating, especially coming from assembling hard plastic miniatures from Wyrd and Games Workshop. Once I got done with that part the painting was really enjoyable and these got bumped up the queue because I realised that I had a great opportunity to stretch myself. Longtime readers will have noticed that yellow almost never appears on my miniatures. This is because I find it really hard to get it to look right, and perhaps in part because when I started painting many years ago that yellow paints tended to have relatively little pigment. I was inspired first by my daughter painting an Age Of Sigmar Spider in bright yellow and then by Docbungle’s excellent Stardrake. My yellow is a very light brown base, then yellow all over the top of that. I hit it all with a sepia wash (this is because I want a slightly dirty look) then finally hit the highlights with another thin coat of yellow. I am very proud of the result. 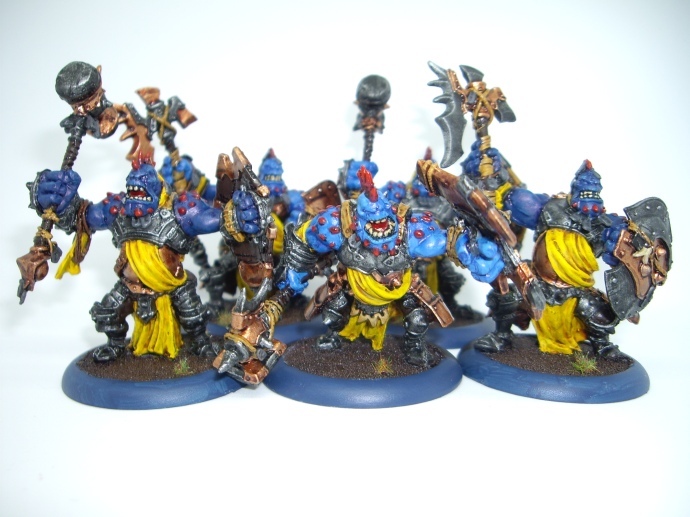 I dedicate this post to Azazel’s Technical August challenge. Painting yellow is no big deal for most of the contributors to these challenges, but it is a monkey that has been on my back for almost thirty years.

As is normal for Privateer Press units, there are sets of duplicates included; I assume that this makes the casting process much cheaper. I’ve tried to differentiate the twins by slightly varying the colours used for each piece, so in some cases I’ve used a different brown for belts or copper instead of iron for a particular bit of metal. I suspect that I’m the only one who’ll ever notice the difference but it felt worth the tiny extra effort. 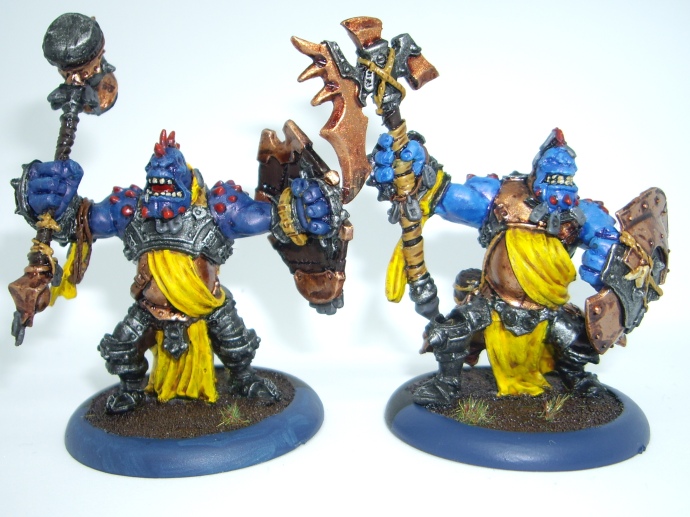 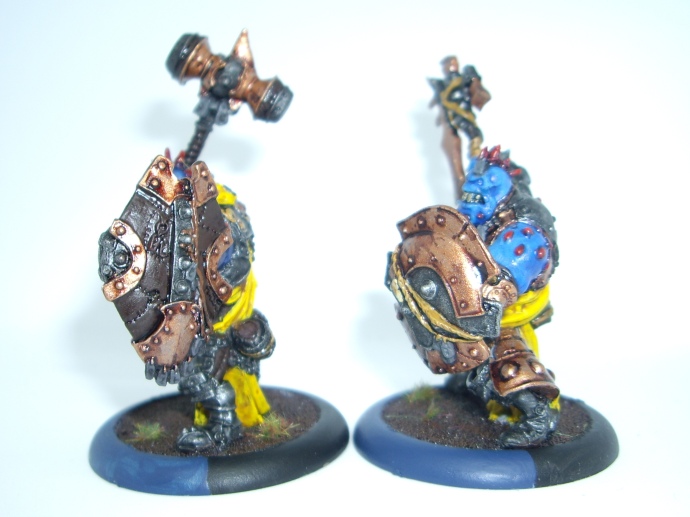 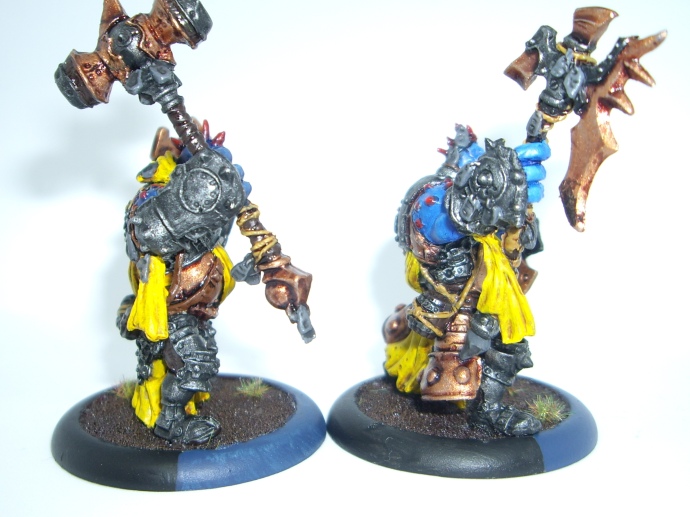 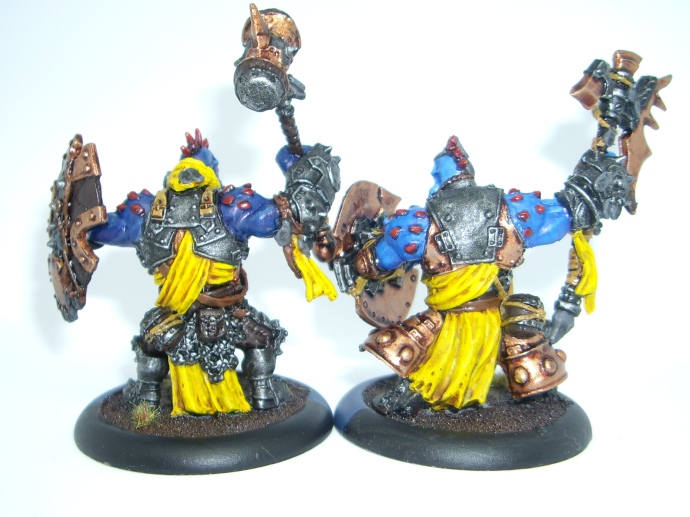 I noticed when starting on these Warders that I almost always paint non-humans with identical skin tones. This seems odd considering that people come in all sorts of cool colours (indeed, far more than I’ve ever managed to capture at 28mm scale to my satisfaction). So I made an effort to do slight variations in the blue I’ve used for the Trollbloods skin. Contrast this to the decatuplets represented by the Fennblades linked above to see what I mean. Again, it is a small thing but it felt nice to put that small amount of additional work in considering the improved result. 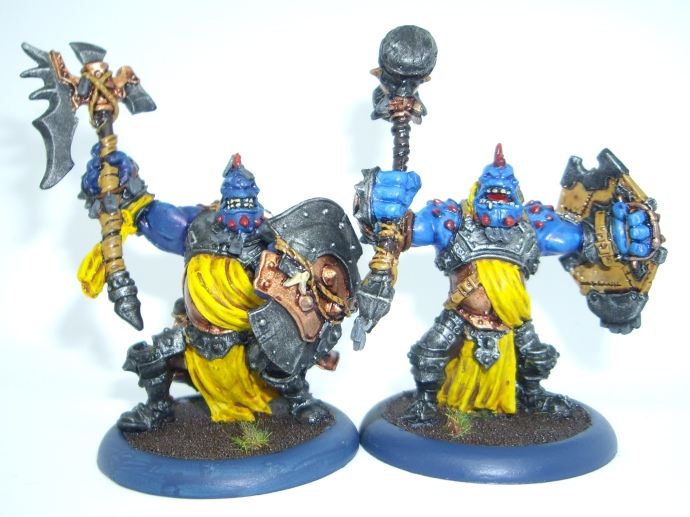 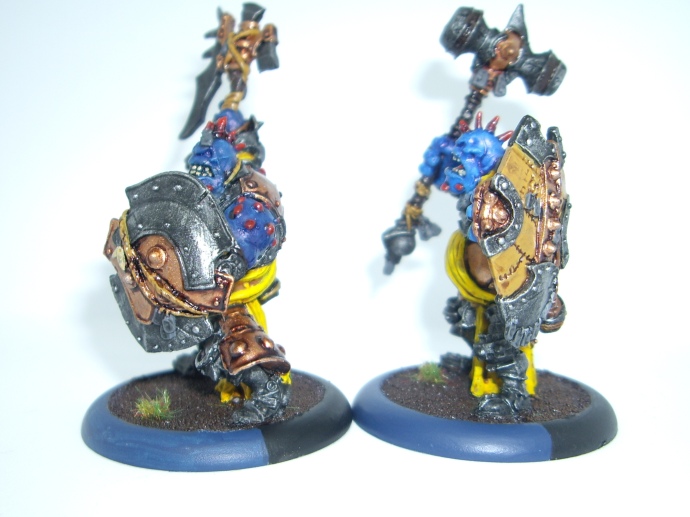 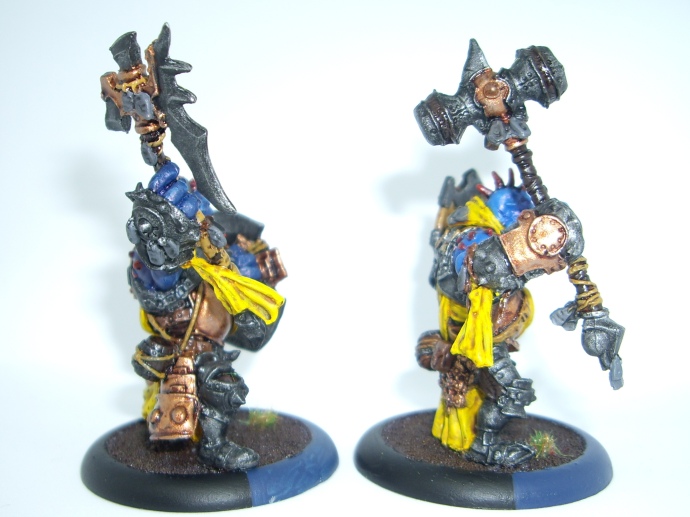 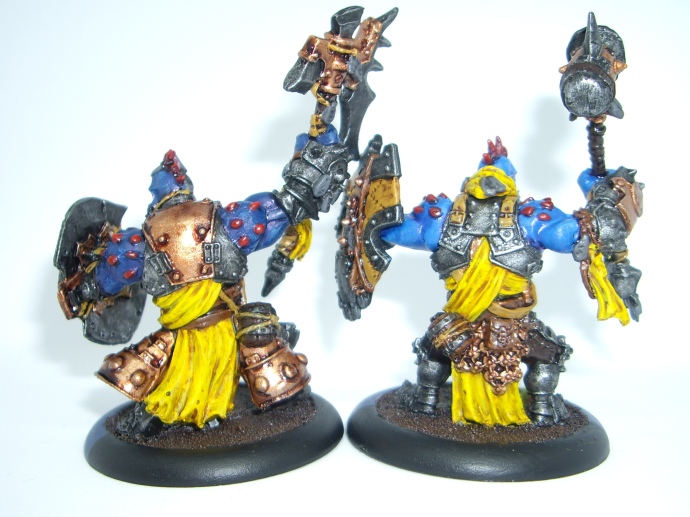 The leader is identical in game terms to the rest, but all others need to remain within range of him to count as being in formation. So for that reason he gets a unique sculpt. I’m not a fan of the way he’s leaning forward so much but otherwise I like the miniature; the face is particularly expressive. 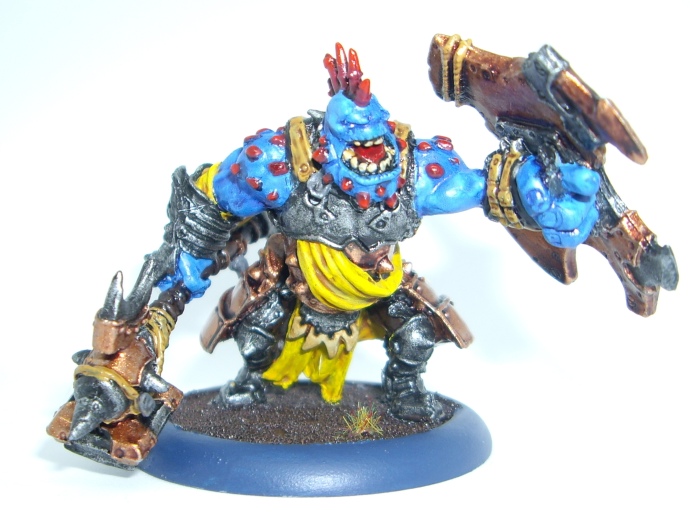 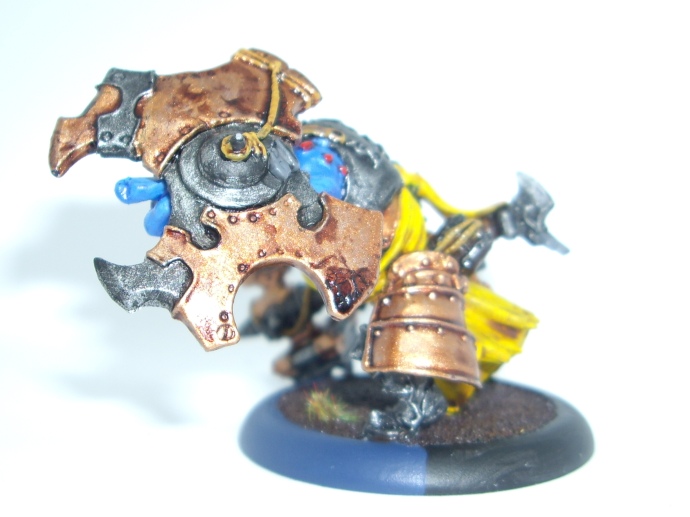 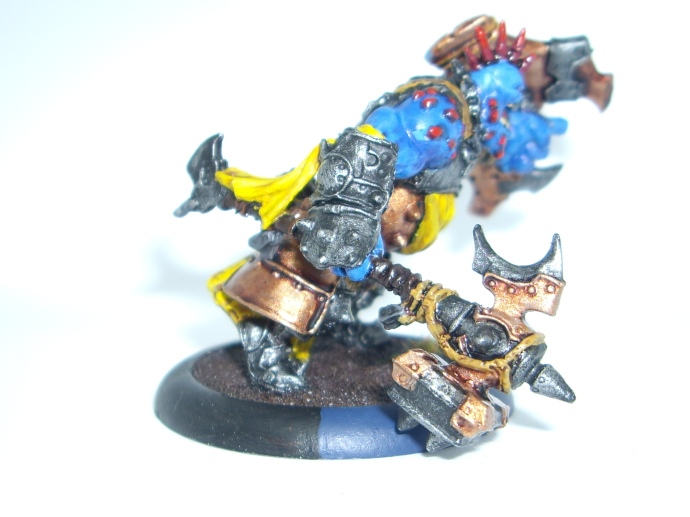 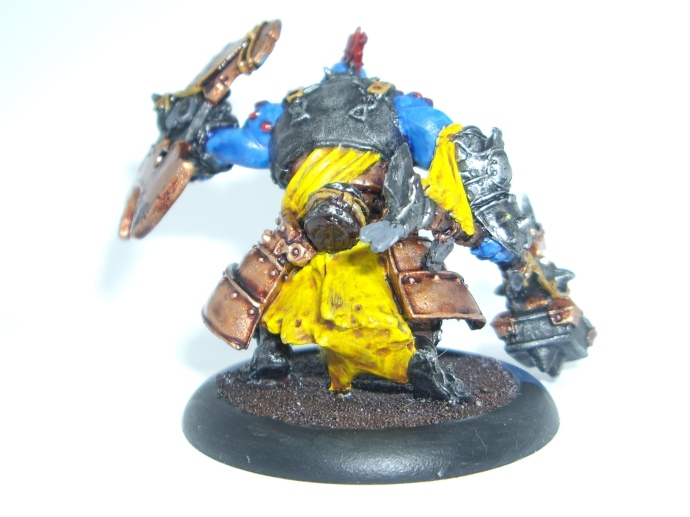 Next on the painting table: Valerya Gromoz (for real this time).