Posted on September 28, 2022 by Argentbadger

This is Scarlet Witch for Marvel Crisis Protocol. She comes in at a hefty five threat and is quite the offensive powerhouse; she brings long range Mystic type attacks. I most often see and use Scarlet Witch as a sort of long ranged turret where she can sit on a side point and vapourise anyone who comes in to take it off her. Scarlet Witch’s main gimmick is counting Skulls as successes which really messes with the expected results of attacks from and into her. She also has a very helpful card called No More Mutants – it allows her to stop a superpower being used just like Ebony Maw’s Shhh… card. This might seem quite a minor thing but turning off a key power for a turn can be huge when timed well; however my main problem with it is that I never seem to be able to pick a good time to use it.

I tried to paint Scarlet Witch somewhere between her hilarious original comic book outfit and her fractionally less silly film costume. I guess it’s hard not to look at least a bit odd when you’re wearing spandex tights and are surrounded by glowing mystical nonsense. I did really enjoy painting her; even the swirly stuff which I normally find to be a bit of a grind just seemed to work nicely. 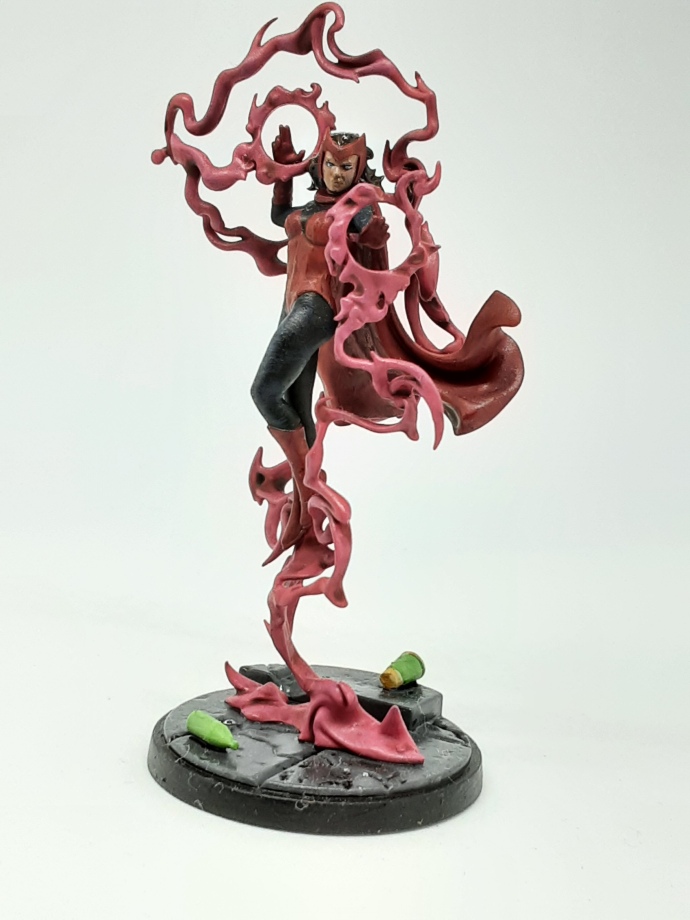 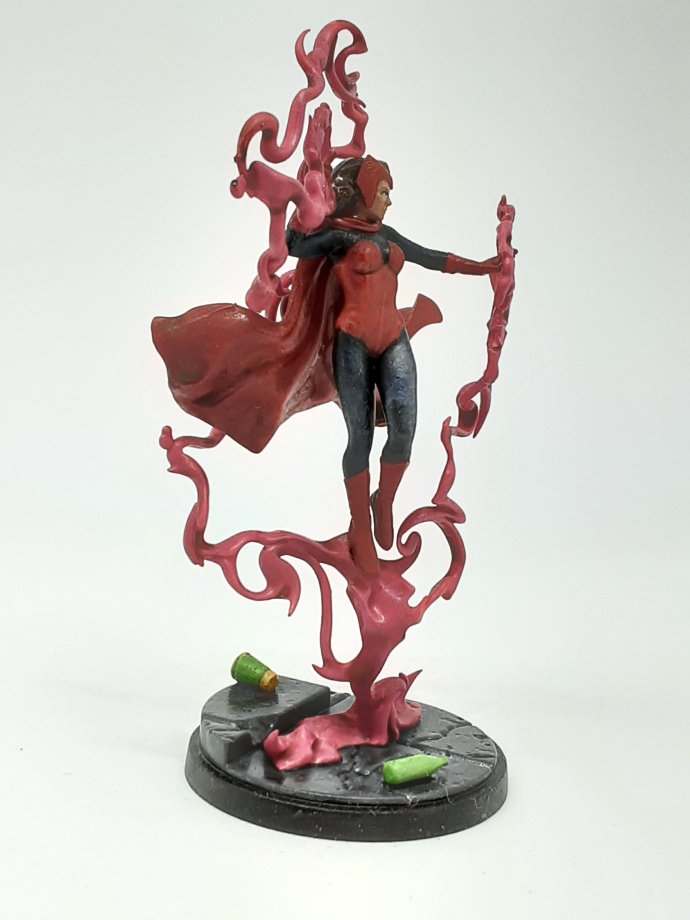 Next on the painting table: Achilles Ridgerunner.