Here is Black Cat for Marvel Crisis Protocol, a clear homage to DC’s Catwoman, right down to being a sometime foe and sometime ally for the main character of the comics (Spider-Man in this case) while wearing a leather cat suit. Black Cat is a thief (more specifically, of course, she’s a cat burglar) and this is reflected in-game with her signature ability to steal Extract tokens off people. Since she can also move very fast and separately has a superpower to move even further, this can be a game changing move to pinch some Extracts and then run away and hide. Indeed, I lost a recent game against my friend Lewis when his Black Cat stole some Cube fragments off my Domino and then ran away laughing.

I really enjoyed painting Black Cat. Her pose is ludicrously over the top in a very fitting way for a superhero game and I think that her tactical girder really adds to the story it tells. I gave the cat suit a coat of brown ink rather than a wash as I specifically wanted to bring out the shininess. I’m quite pleased with the effect and in particular I think it contrasts well with the furry bits for a different texture. 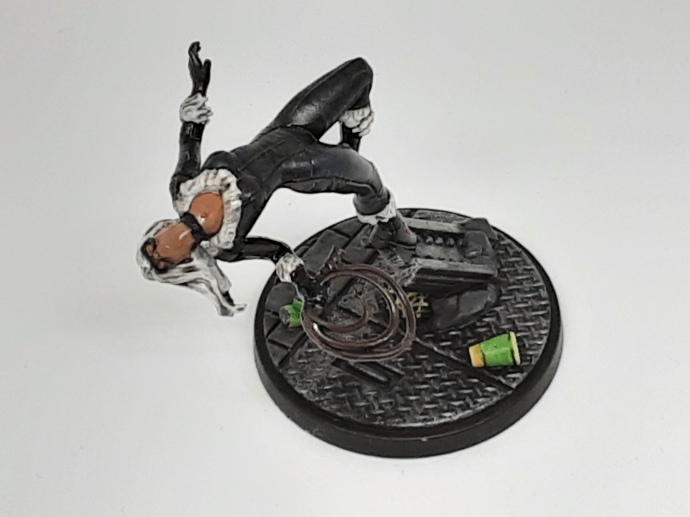 Next on the painting table: Foetid Bloat Drone.