This is Malekith, the Accursed for Marvel Crisis Protocol, or more accurately: most of this is a Bog Tiger with a very small baddie standing on her back. Malekith is currently perceived as The New Hotness in MCP with many feeling that he’s too good for his admittedly hefty seven-threat cost. This might well be the case as Malekith is a very tightly refined toolbox to daze one or two characters per turn and he has the mobility to make sure that he will always have a good target. Having played Malekith, my main criticism isn’t that he’s too strong but rather that he isn’t really very interesting to play. Basically every round you activate him, probably daze a character and then hand over to your opponent. Malekith is quite vulnerable to conditions, especially Stagger and Shock, as he needs to do a lot of work to justify his place in a team and hence he seems to be quite commonly seen in Asgard and Winter Guard, both of which allow him to remove pesky conditions before he gets to work.

Painting Malekith was really enjoyable. I very rarely paint in subassemblies but I did this time – base, wings, Bog Tiger and Malekith himself. I’ve also pinned the wings so that they’re removable as otherwise transporting this ‘mini’ would be awful. I’m actually most proud of the wings. They’re painted white and then coloured with first blue and then red washes to give an otherworldly look, with the bony bits being given a Nuln Oil wash instead. Malektih himself feels almost like an afterthought in terms of the painting; he’s tiny and so completely dwarfed by his mount that I’m fairly sure I could remove him entirely from the mini and no-one would really notice on the tabletop. 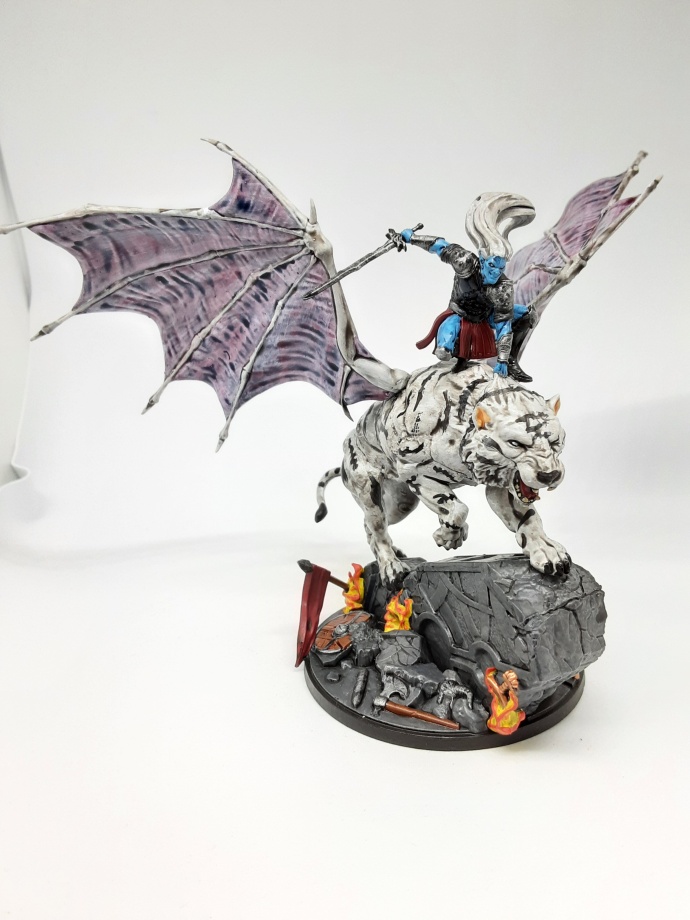 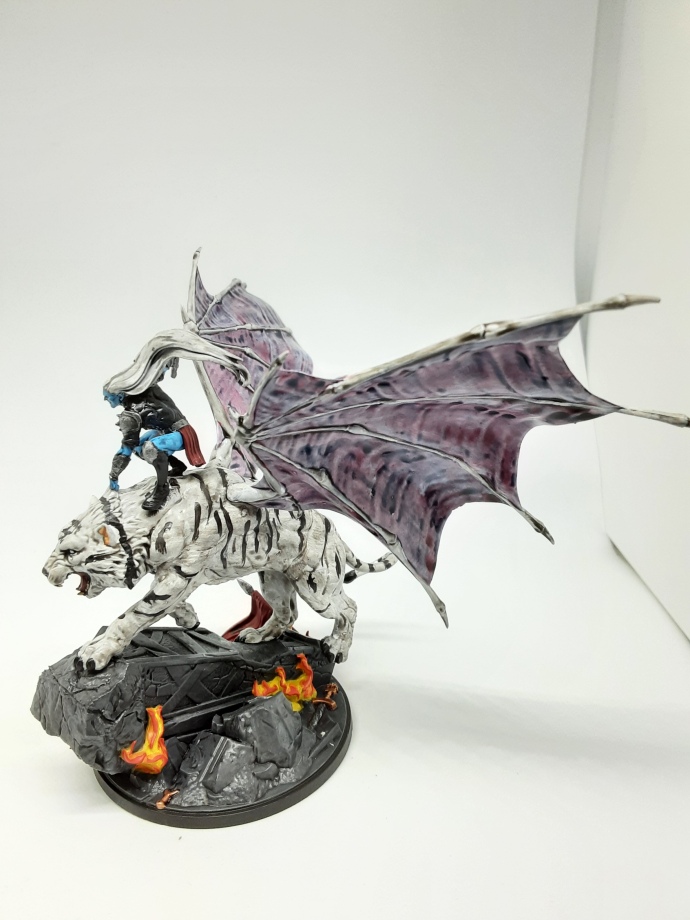 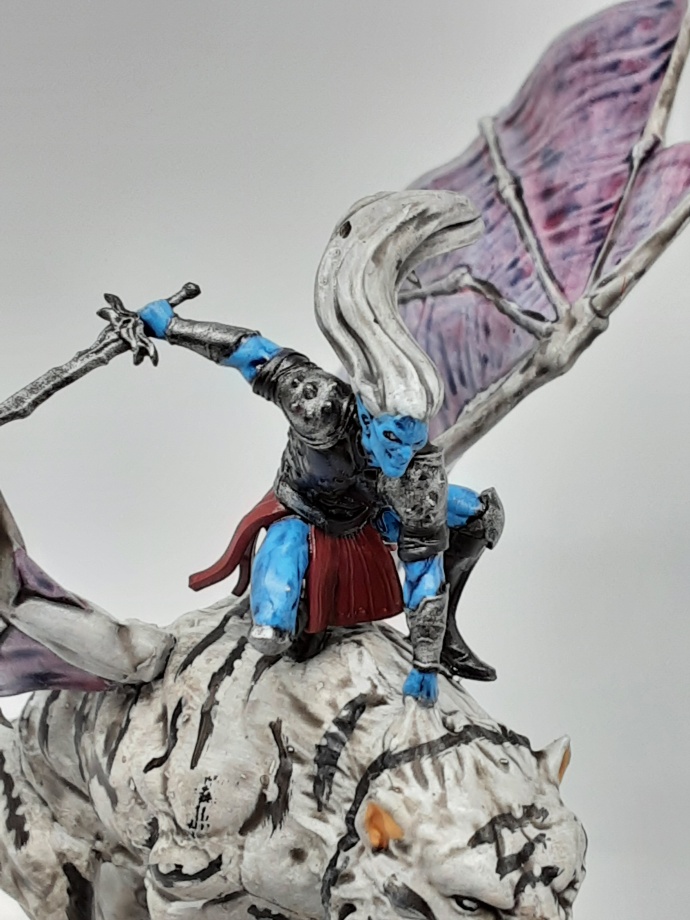 Edit: here is a picture of Malekith next to Cyclops so you can see the scale of the mini.

Next on the painting table: Neophyte Hybrids.

16 thoughts on “Painted Malekith The Accursed”