This is Lizard, one of the classic Spider-Man baddies for Marvel Crisis Protocol. Lizard’s attacks are surprisingly anaemic for someone who is basically a giant bipedal crocodile, but I’m not picking him for his damage output. Instead, Lizard brings the surprisingly rare combination of a medium move and medium base which enables him to make some very cheeky plays taking Extract objectives from the far side of the board. Combined with his considerable toughness and the place-after-being-damaged if I use him in Convocation (which is my current roster of choice) he can often score me a lot of points without even really making more than a trivial number of attacks.

Lizard himself was a joy to paint. His scaly skin came out a treat and I loved the way the dirty lab coat works with the green hide and ragged clothing. I was very nervous about painting his tactical water fountain, as cool as that idea is. I ended up going for a very deep blue on the water, picking out parts in a drab green and then touching the tips of the splashes with white to make them look like foam. I then hit the whole lot with a heavy blue wash to tie it all together. I’m still not convinced that it actually looks good, but it certainly now looks good enough and that’ll do for me. 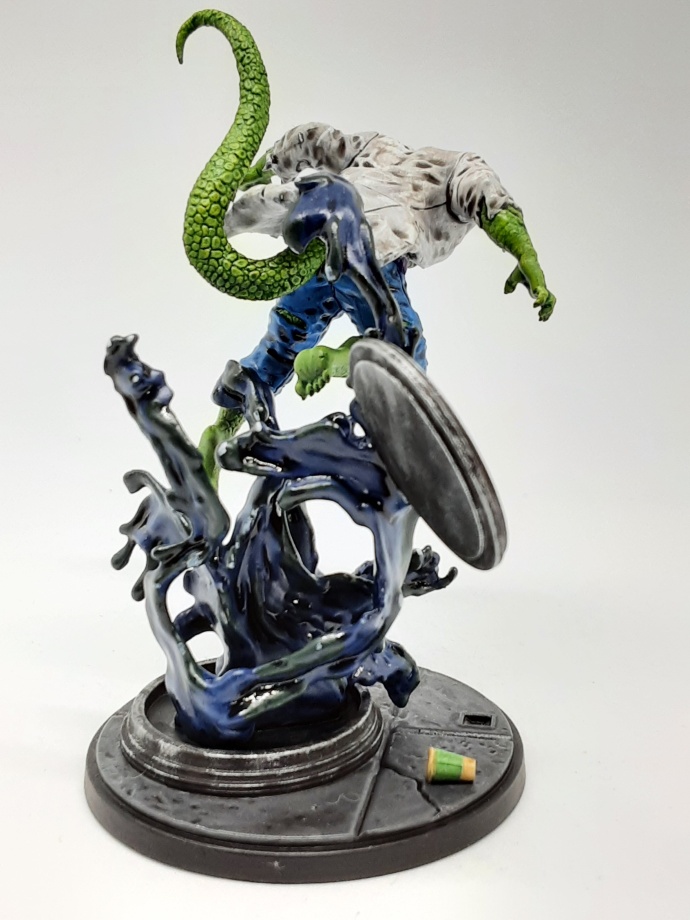 Next on the painting table: Juggernaut.