This is X-23, another clone of Wolverine, for Marvel Crisis Protocol. She an interesting character and fits neatly between Wolverine himself at four threat and Honey Badger at two threat. X-23 is mobile and quite annoying to deal with since, like many of the Weapon-X characters, she has Healing Factor to regenerate wounds if she isn’t dazed or KO-ed by an attack. In practice, this has two outcomes – when Gareth plays her in X-Force against me, I inevitably leave her on one wound and she mauls someone immediately afterwards while healing back to 3 wounds, while I play her in X-Men she seems to bounce less effectively off whatever I send her towards. Clearly I need to learn from him!

The sculpt for X-23 is just perfect for her character, seen leaping towards her unlucky victim. The main point to mention here is that I decided to push myself a bit and do some work on her eyes. In the past I’ve tended to just do a horizontal white line and then a vertical black line for eyes, before tidying up the resulting mess afterwards. I wanted to test out doing an out black line to emphasise the difference between the eyes and the skin, and I think that it has come out looking good – but only if viewed from one side or the other! Each eye individually looks fine, but I realised when looking her straight-on she has a bit of a cross-eyed thing going on. Anyway, it took me quite a few goes to even get that result so I’ll definitely take it. Clearly eyes are another area I need to work on.

X-23 appears in the Logan film, but interestingly she’s a child in it rather than the grown-up version here. I had to go and check that the film character was listed as X-23, otherwise I think I would have assumed that it was meant to be Honey Badger. 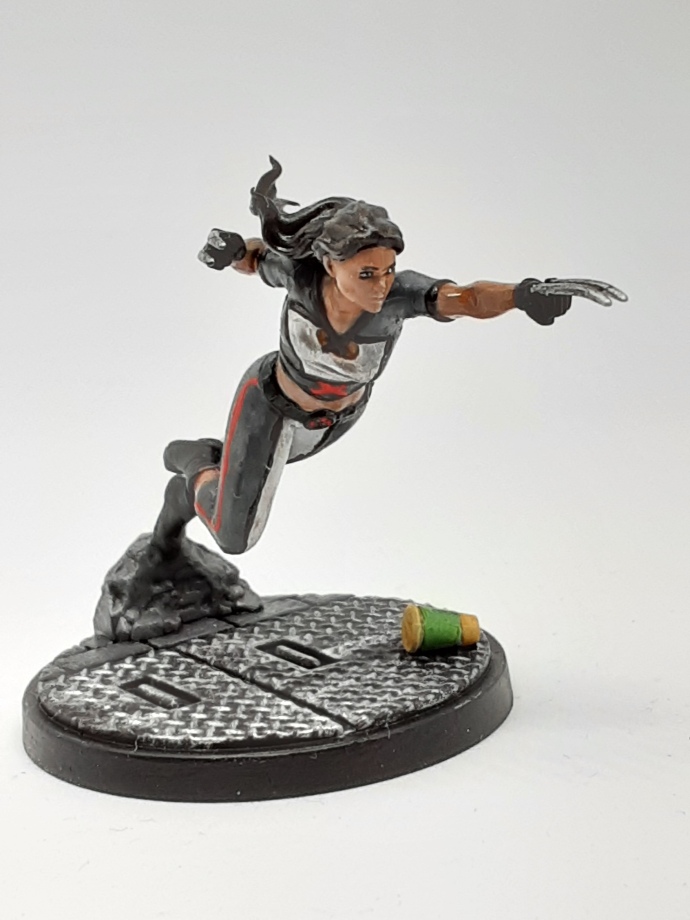 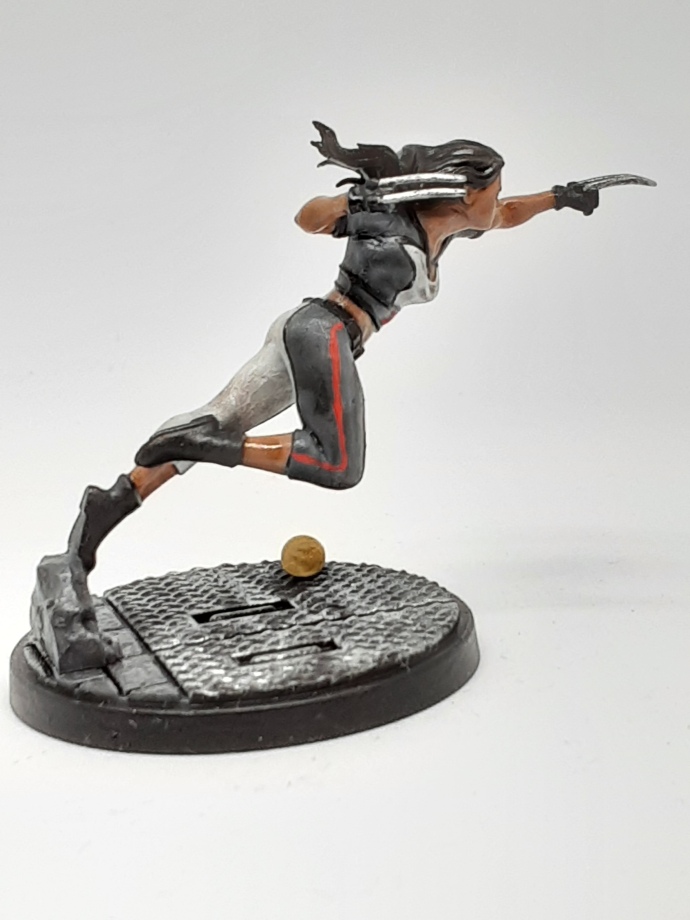 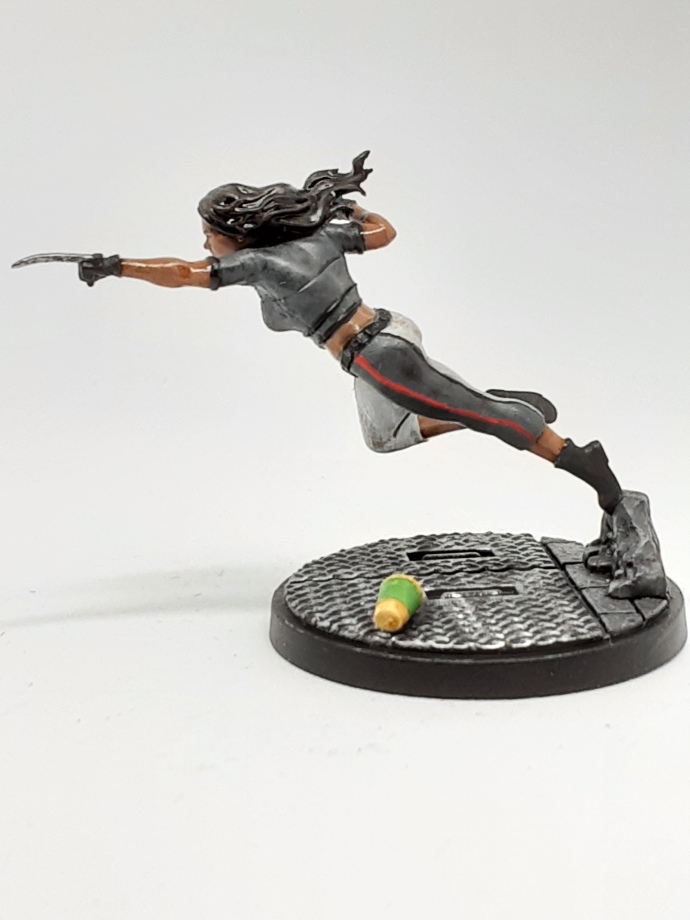 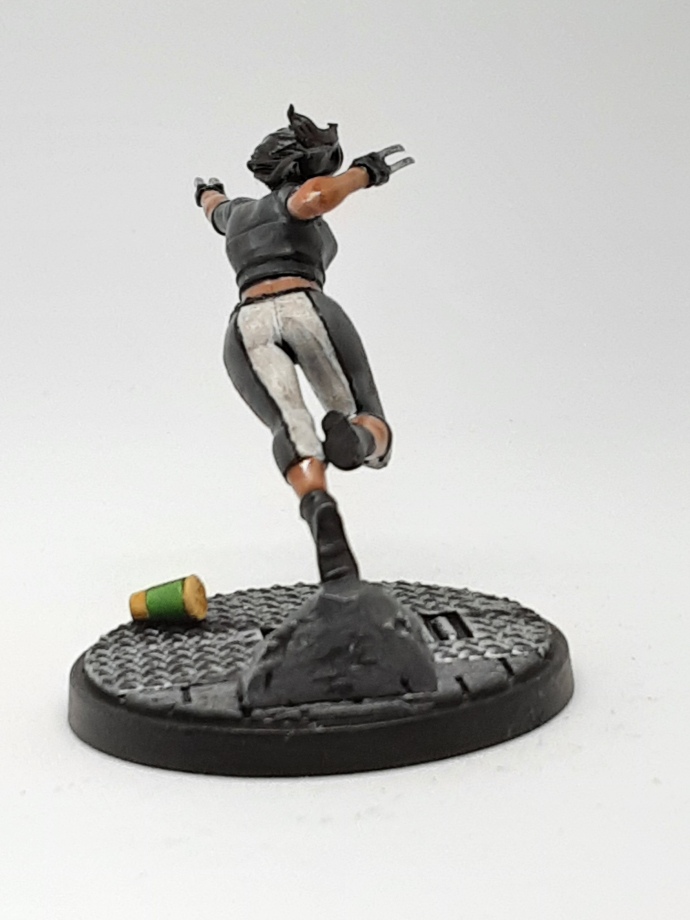 Next on the painting table: