Posted on January 5, 2022 by Argentbadger

Here is Domino for Marvel Crisis Protocol; a member of the X-Men, X-Force and A-Force at least until more affiliations are created. Domino is a classic character that performs way better on the tabletop than she looks like she ought to on paper. Her main superpowers are that enemy Critical rolls against her don’t ‘explode’ (i.e. roll a further die) when attacking or defending with her, and that she can pay power to turn Skulls into Critical rolls. I like the way that this represents her luck superpowers but in game terms it makes her punch somewhat above her weight and also has considerable reliability. I’ve really enjoyed her as part of a core of X-Men along with Storm and Beast.

Slightly to my disappointment, the mini did not come with an alternative head to make Domino look like she does in the Deadpool 2 film. I looked to see if there were any 3rd party or 3D prints available and even briefly tried a bit of greenstuff sculpting work before realising that would just make a mess of the mini; so the kit is painted just as it comes from the sprue. I was a little nervous about the painting process for Domino for two reasons: firstly, she’s almost entirely black and white and secondly because she (like Amazing Spider-Man) has a tactical explosion for her base and I’m not confident on my skills for either part. For the explosion, I’m not quite as happy as I was with Amazing Spider-Man but it’s definitely good enough. I spent quite a bit of time highlighting in different shades of not-quite-black on Domino’s clothes and hair and I’m actually more than satisfied with the results. The ‘domino pip’ over her left eye was another potential pitfall but again I’m happy with the outcome. I feel like we all spend so much time and effort on these tiny details that will never be noticed on the tabletop! 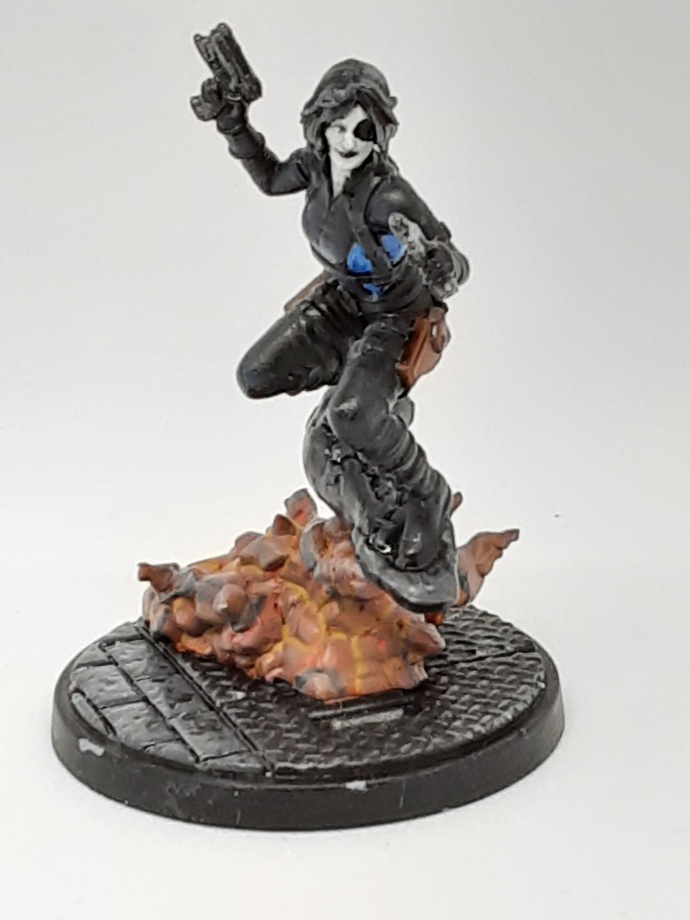 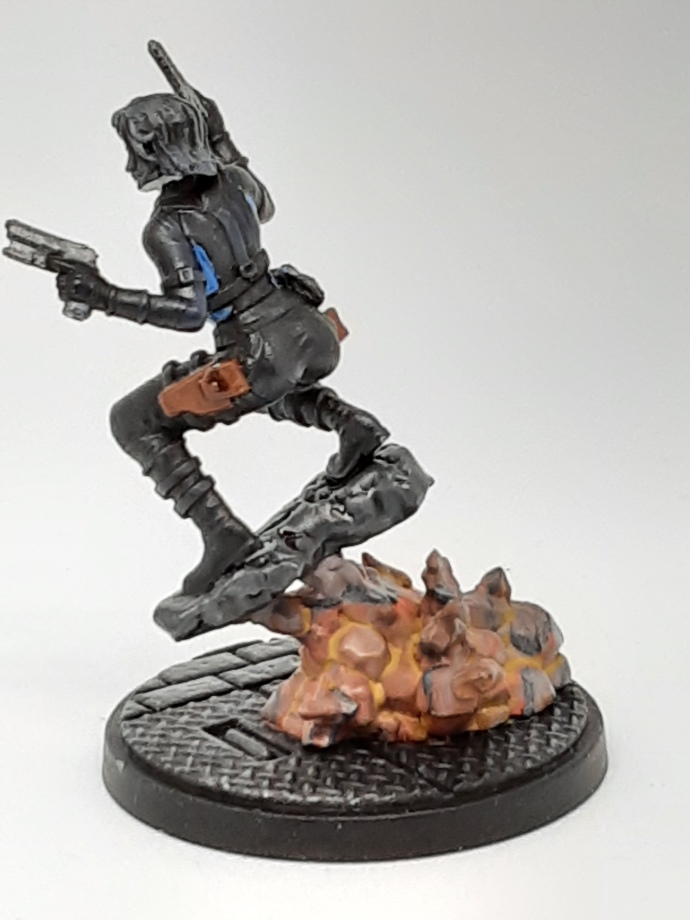 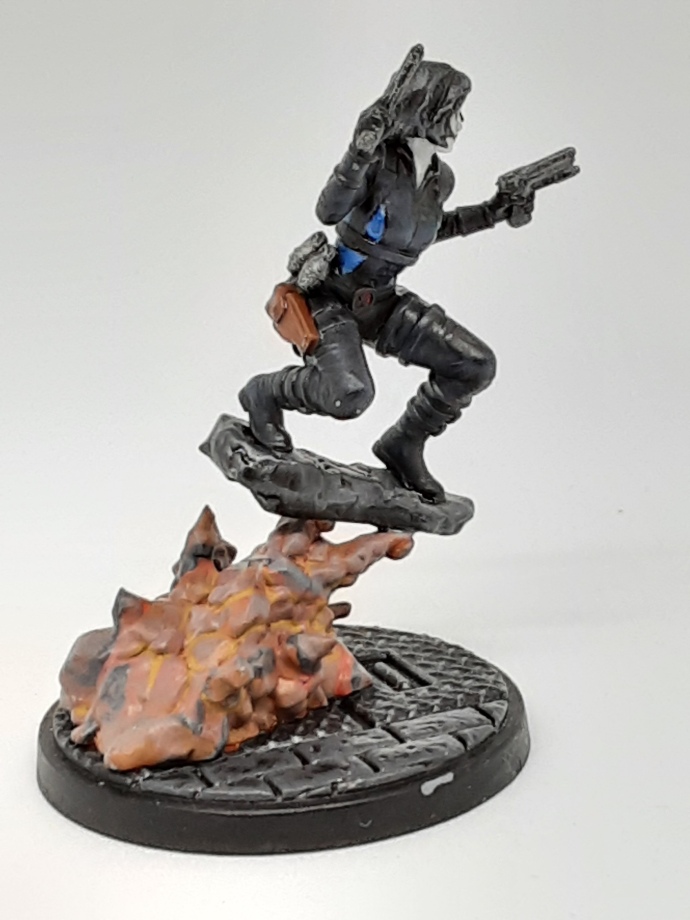 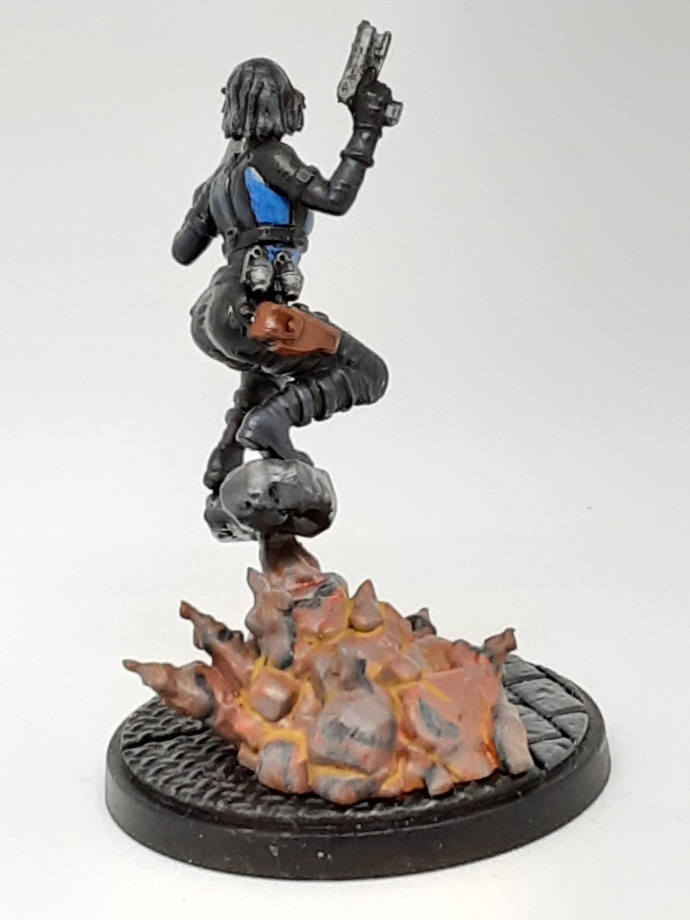 Next on the painting table: Storm.