Here is Corvus Glaive, the last mini currently released for the Black Order in Marvel Crisis Protocol. Corvus is an absolute blending machine when he gets revved up with power; his spender attack has a Wild result to allow him to make a ‘free’ builder attack so it’s possible with a bit of luck to smite something with his spender, trigger a builder attack and then generate enough power to do it again. Indeed, I did once live the dream of KOing four enemies in a single activation; admittedly this was in the late game when they were already quite beaten up but it did feel satisfying. I pretty much always give Corvus the Reality Gem which allows him to treat a single Skull result as a Critical whenever he rolls dice; obviously this is amazing when he’s attacking but it’s handy in defence and also works on some of the ‘roll to flip’ objectives. The final piece of the puzzle is the superpower he shares with Proxima Midnight which allows them to chain activate; not only does this mean that you can get two uninterrupted activations to fight the other team before they can do anything about it but it is also key to retaining Priority so that you can do it all again next turn.

Painting Corvus was really enjoyable; he’s just a lovely thematic sculpt and very crisply designed. The only part I found a bit awkward was distinguishing the tone of the black cloak from the black armour; I ended up giving the former a grey highlight and the latter a blue one before hitting it all up with the magic of Nuln Oil. I mostly painted Corvus according to the card art but I did paint his loin cloth (?) blue, partly to link him to Proxima and partly to give a bit more colour to an otherwise rather monochrome miniature. 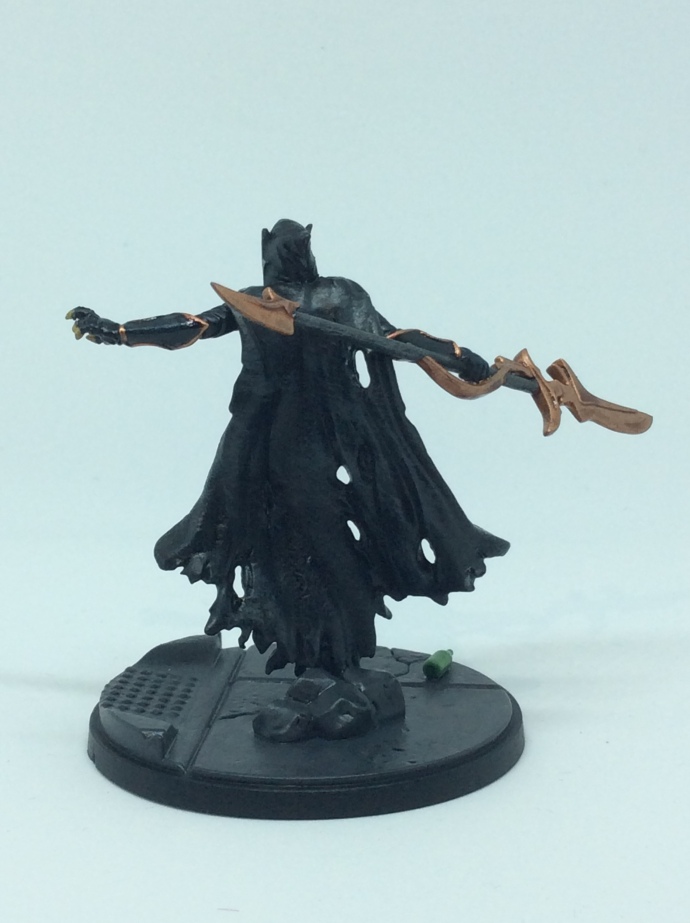 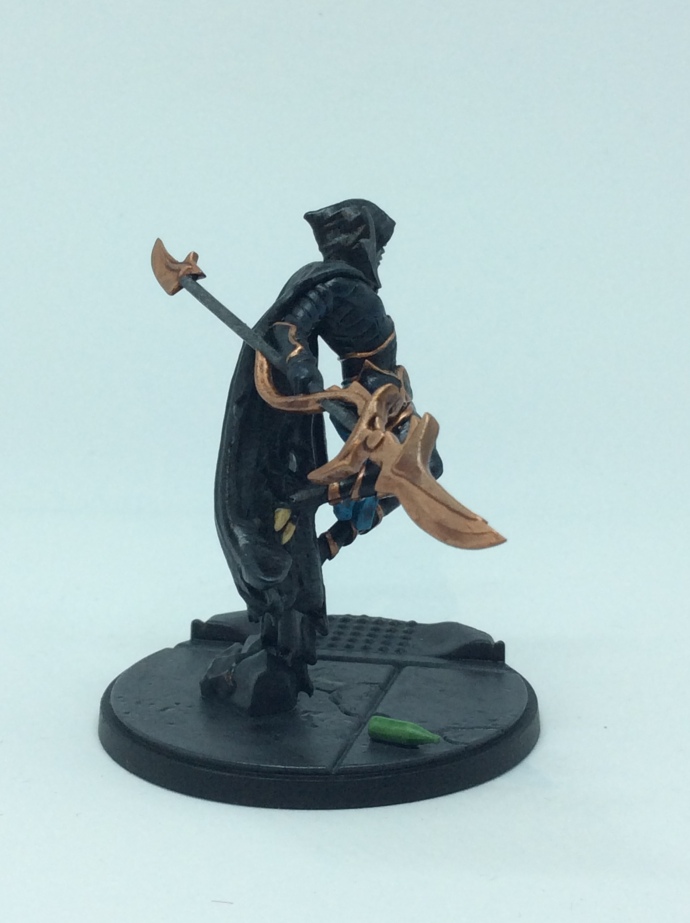 Here is the happy couple: Proxima Midnight and Corvus Glaive. I really like that the comics play up their surprisingly sweet romance and love for each other; it makes a great counterpoint to the fact that they are otherwise unmitigated villains.

Next on the painting table: Void Archon.