Posted on September 2, 2021 by Argentbadger

This is Ghost-Spider, another character for Marvel Crisis Protocol. I have to admit that I’d always thought of her as Spider-Gwen before picking up this box so it was quite nice to find out that she has a proper superhero name. Like most of the other Web Warrior, Ghost-Spider is really mobile and can move other characters around. In her case, she can pull friendlies out of range of attacks using her Life Saver superpower. Although she is affiliated with Web Warriors (and at the moment I think I would have her and Spider-Miles in any Web Warriors team) she fits really nicely into a lot of other rosters as an unaffiliated option; the additional control that Ghost-Spider offers is pretty unusual in the game.

I tried to keep the white on Ghost-Spider’s costume cleaner than usual but I couldn’t quite get it as smooth as I’d hoped. Not that I’m unhappy with the result as I think that the final miniature looks more than good enough for gaming purposes, but rather I feel that I could learn to go a bit further with the white. The pink webbing on the blue part of her arms was exactly as painful to paint as it looks; after several frustrating attempts I got as far as ‘that’ll do’ and actually I hope that the worst of the mistakes are on the lower side where they’re not so obvious. 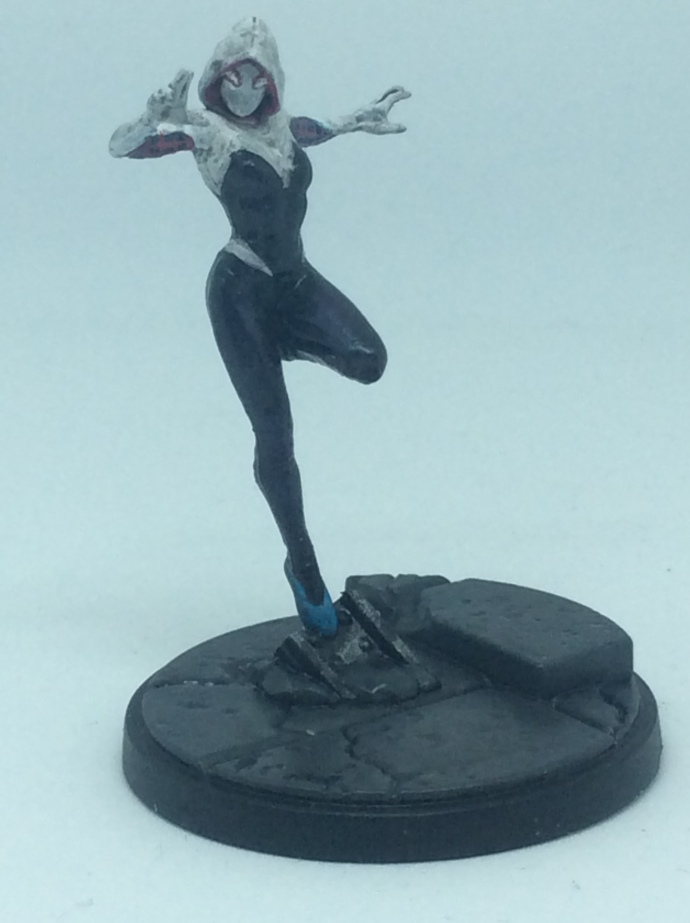 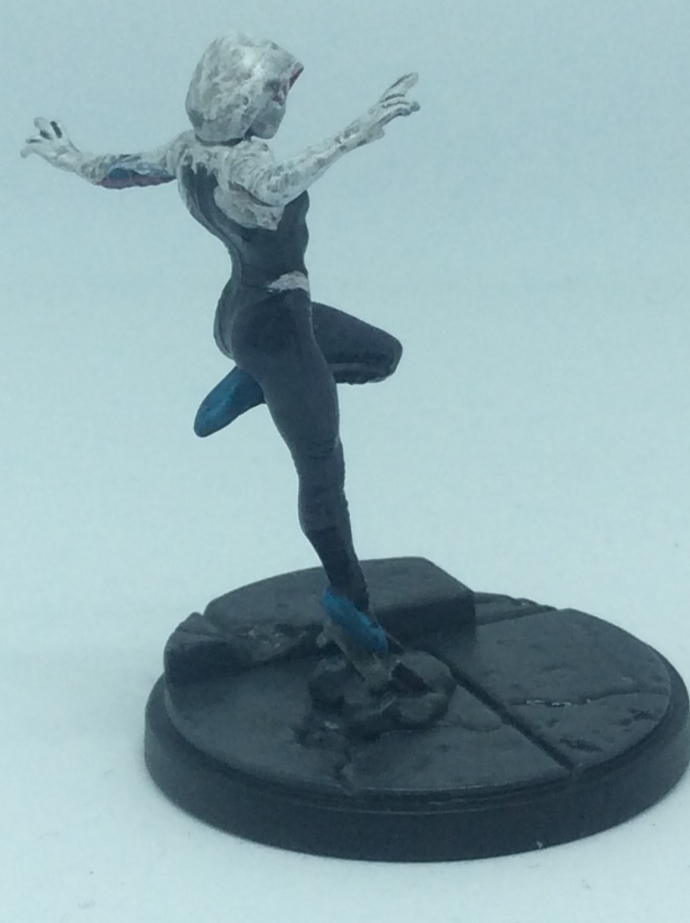 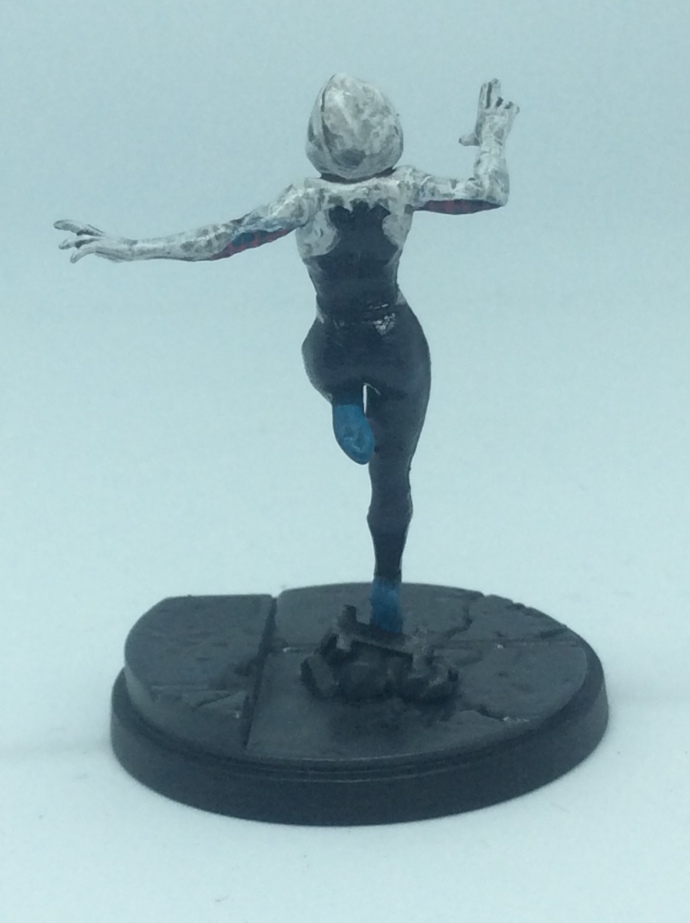 Next on the painting table: Thor