Here is Shokkjump Dragsta number two for my Ork army in Warhammer 40,000. I have acquired a third one of these kits so I’ll have a complete Force Organisation chart slot of them once I paint the last one.

I’ve kept the same general blue colouring for this Dragsta as I have for my other Ork buggies but in an attempt to make it stand out a bit from the first one I’ve put a few of the panels in red rather than white. I’ve also make some slight changes to the build; mainly cutting off one rocket and replacing it with the firing one that was spare from the Scrapjet kit and leaving the engine intake off the front so that the poor blood bag Gretchin from the Snazzwagon kit could fit on the bonnet. I’ve really enjoyed painting these buggies; they’re very quick and satisfying to put a brush to despite how large they are. 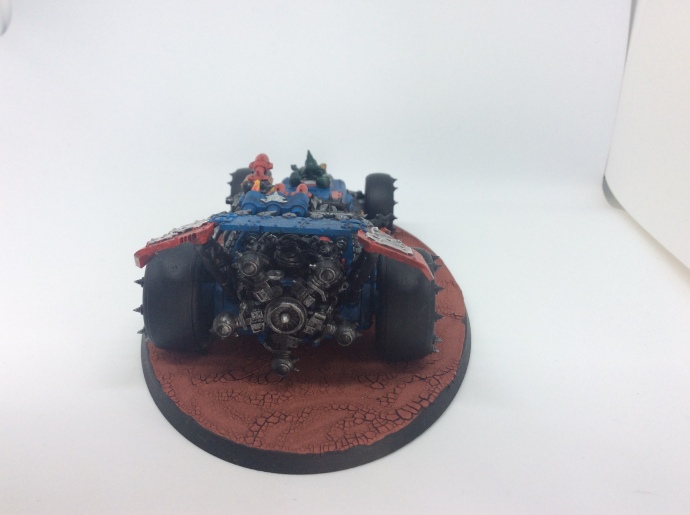 Next on the painting table: Assault Intercessors.