Here is She-Hulk for Marvel Crisis Protocol. I wasn’t much of a fan until I stumbled across the A-Force run of comics and really enjoyed them, so I’ve picked up her incarnation in Crisis Protocol to get some of that energy on the table top (though I think that Captain Marvel is the only other member with a model at the moment). She-Hulk is pretty unusual in the game in that she only has a healthy card side – when she runs out of health then she’s done. Luckily she does have a lot of health to chew through.

The miniature was a lot of fun to paint; AMG are getting very good at sculpts that show the character off as a superhero, and what could be more fitting than this show of strength? Like most of the Crisis Protocol miniatures, I’ve gone with the card art for my colour scheme. I’m still not entirely satisfied with She-Hulk’s skin tone – I feel it could be a bit lighter but it is good enough for me. 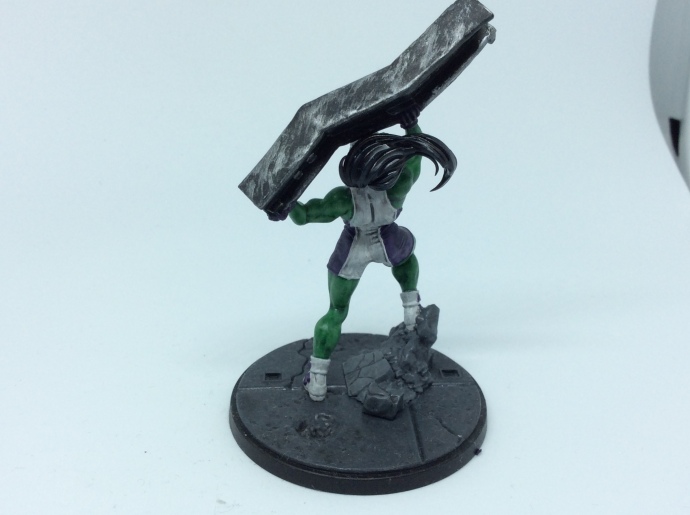 Next on the painting table: Eliminators.