Posted on August 6, 2020 by Argentbadger

I am Iron Man! Here’s another super hero for Marvel Crisis Protocol. Prior to the MCU movies I never really considered Iron Man as a particularly significant super hero but now he appears to be everywhere. In game Iron Man is, perhaps quite predictably, a fairly resilient character with a focus on ranged attacks. I’ve tried him once sitting on an objective shooting people and it seemed to work fairly well. He can also fly which obviously gives good mobility and I imagine that the key to getting the best out of him will be to know when to sit and shoot, and when to move around.

I painted Iron Man based on the character card in the game which is more red and less yellow focussed that I’ve sometimes seen him in comics. In the end, I’m not sure how I feel about the results of this; I’m wondering if the final look is a bit too one-tone. Still, he’ll do for gaming purposes. 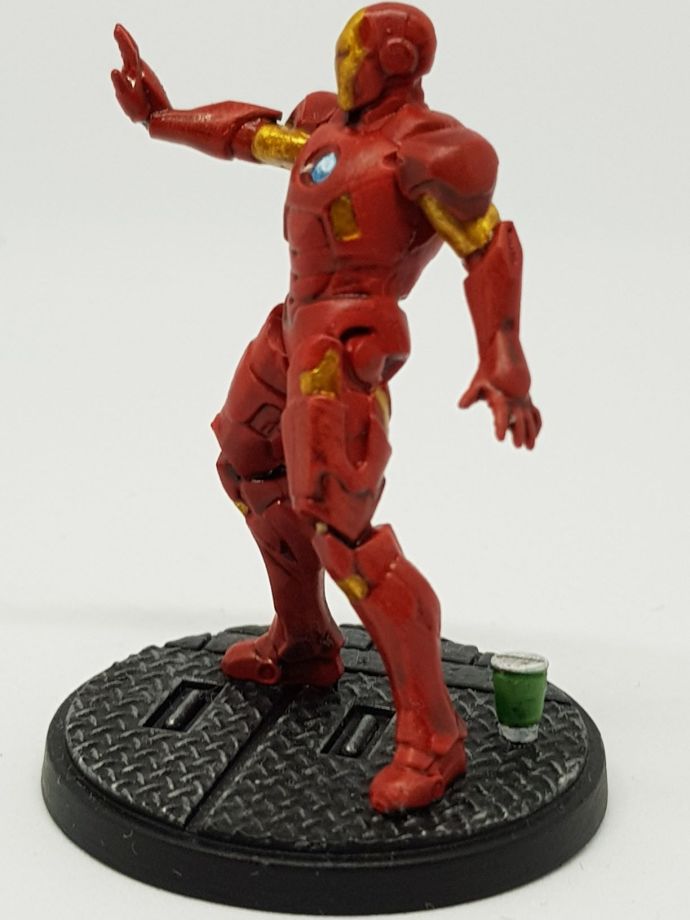