This is the second War Dog for my Chaos Knights in Warhammer 40,000. There’s probably not much to add from a mechanical perspective since I posted her sister machine; needless to say I haven’t been getting a lot of in-person gaming done lately.

I wanted this War Dog to be a nice deep red in honour of the Blood God. As with the other Knights, I kept the machinery parts a metallic colour and went for primary colours on the armour plates. I’m pretty pleased with the overall effect, though it is certainly true that the War Dog looks better at tabletop distance where the fairly binary transitions from dark to light red on the hull aren’t quite so obvious. The kit was a lot of fun to assemble and paint; just one more of the big Knights to do now and this project is complete (-ish).

I dedicate this post to Ann‘s Sixty Day Miniatures of Magnitude Painting Challenge. As a giant, terrifying engine of war dedicating herself to slaughter in the name of unholy powers, I feel that this War Dog fits the bill nicely. Many thanks to Ann for curating this particular internet challenge. 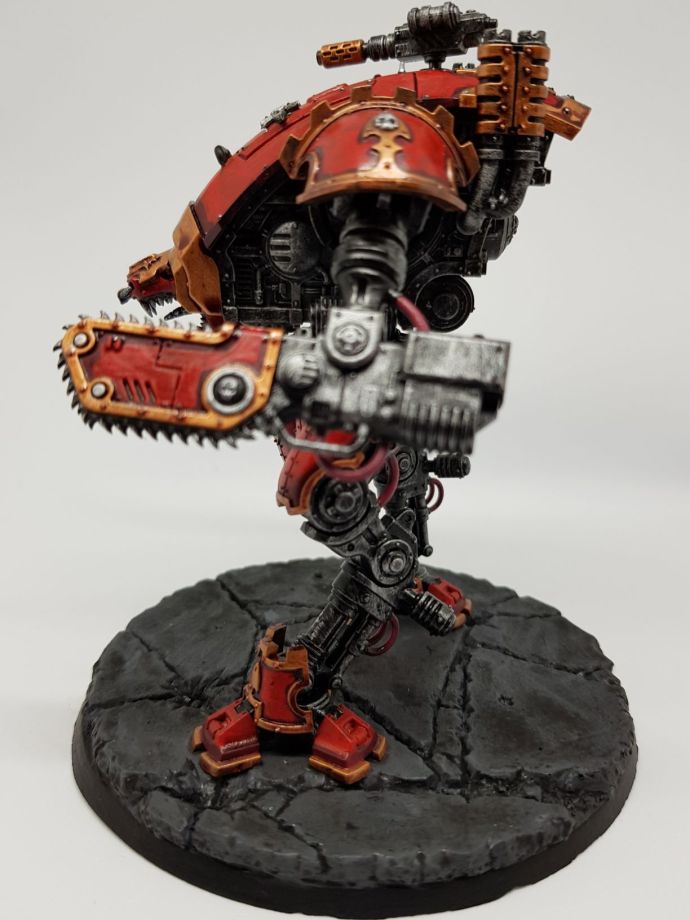 I used head from a Juggernaut of Khorne instead of one of the standard heads. 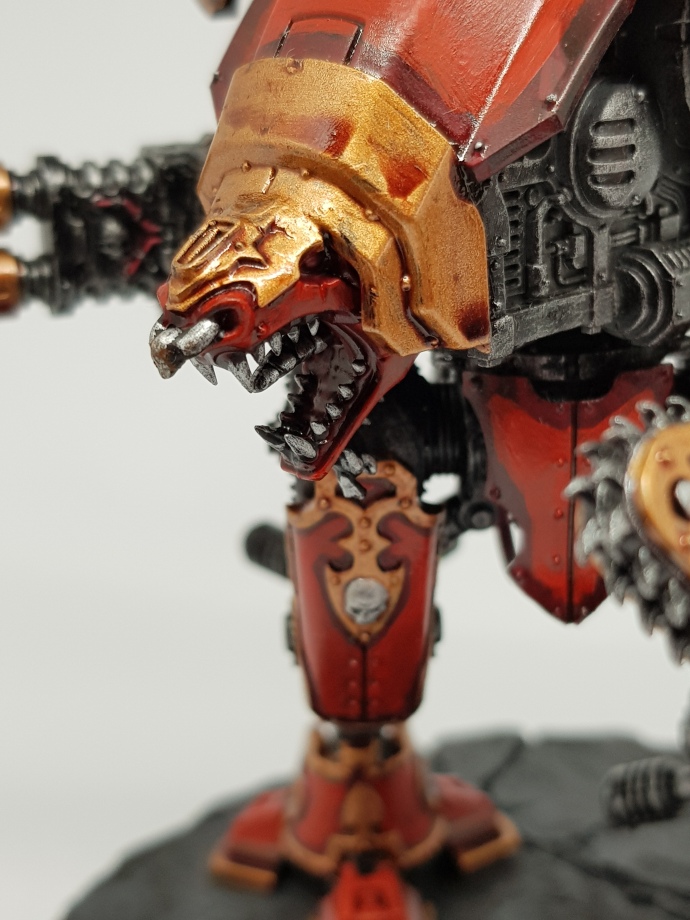 Next on the painting table: Gatorman Witch Doctor.