This is a Ghordson Driller; a heavy Warjack for my Warmachine Mercenaries. Just like other Rhulic Warjacks it is slow and heavily armoured. In some ways this is a bit of a problem since the weapons are all melee-only; obviously it can only use them if it can ever trudge across the table to apply them. Luckily this is reflected in the price so an army could theoretically have a wall of Drillers walking into their lines, albeit at a comically slow pace. I quite like this ‘bargain bin’ approach as it gives a certain redundancy to the Warjacks; the other side is unlikely to shoot them all down in time.

I really love the sculpt here of the Driller trundling along with one leg off the ground; I can just imagine a rolling gait and somehow it looks quite happy. The paint scheme was kept deliberately simple with mainly dark green plating to match the other Mercenaries. I added in some cream on the armour just to break things up a bit since the Driller is quite big to be just three colours; that is a 50mm base. 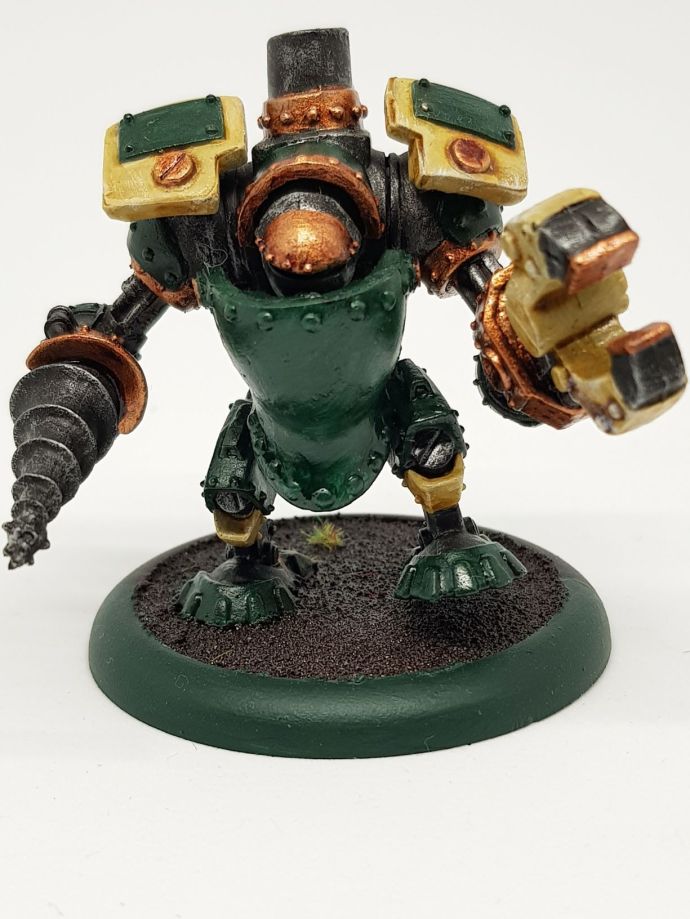 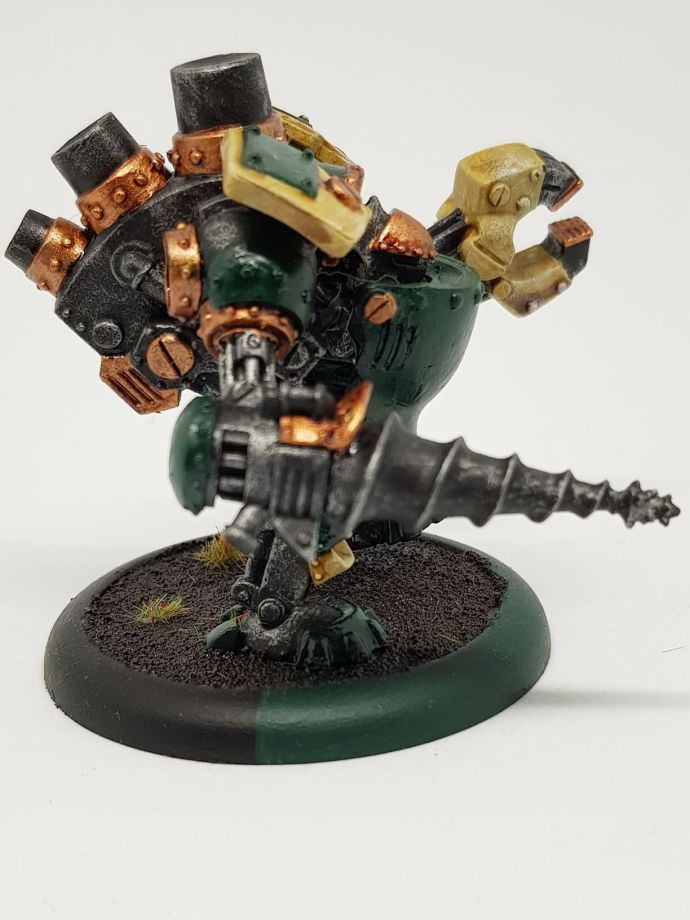 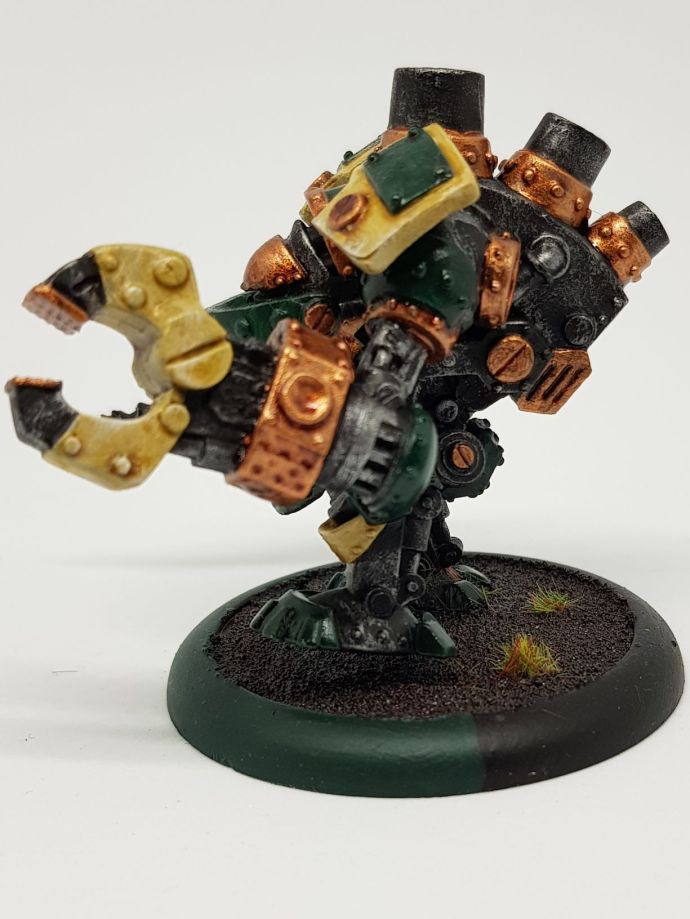 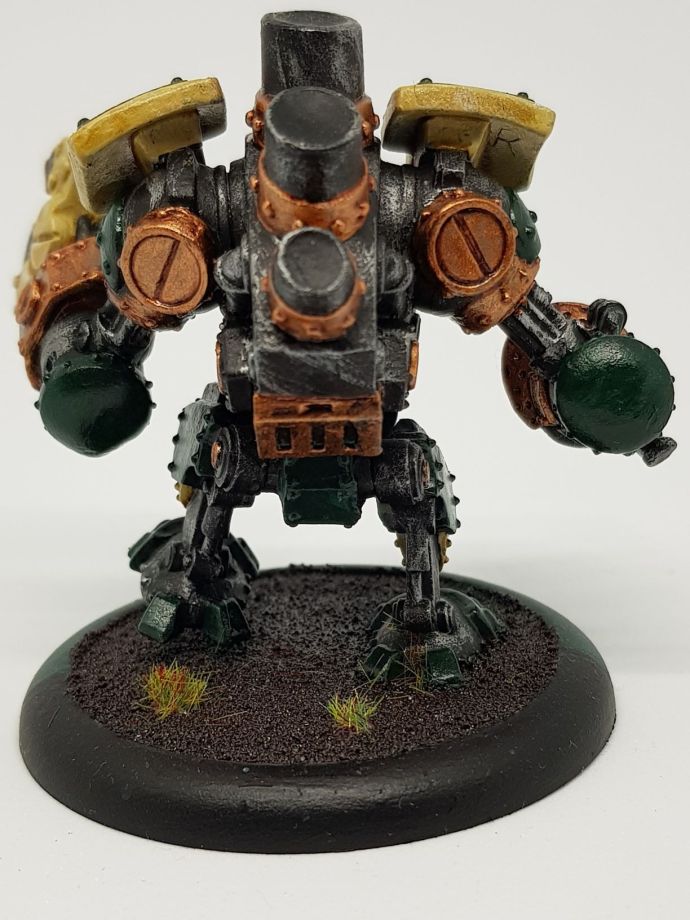 Next on the painting table: General Ossrum.