This is Iron Lich Asphyxious, a Warcaster for my Warmachine Cryx army; also known as Asphyxious1 to differentiate him from later incarnations. He’s a classic moustache-twirling villain, or at least he would be if he had a moustache. I haven’t had much of a chance to play with the Iron Lich but so far have enjoyed using him with units of Satyxis. This is for the very simple reason that Satyxis can land hits fairly reliably but that these hits are like wet spaghetti. Asphyxious has a host of spells that reduce the armour of his targets so they’re a match made in heaven hell. Time will tell if this turns out to be an effective combination.

Asphyxious is a very simple, understated sculpt and it made him very simple and enjoyable to paint. I only used three colours for almost the whole miniature and I like the elegance of the result. The miniature is generic enough that it could actually be used in a variety of other games; certainly there are plenty of times when a metal Lich would be a fitting end boss for a RPG campaign. 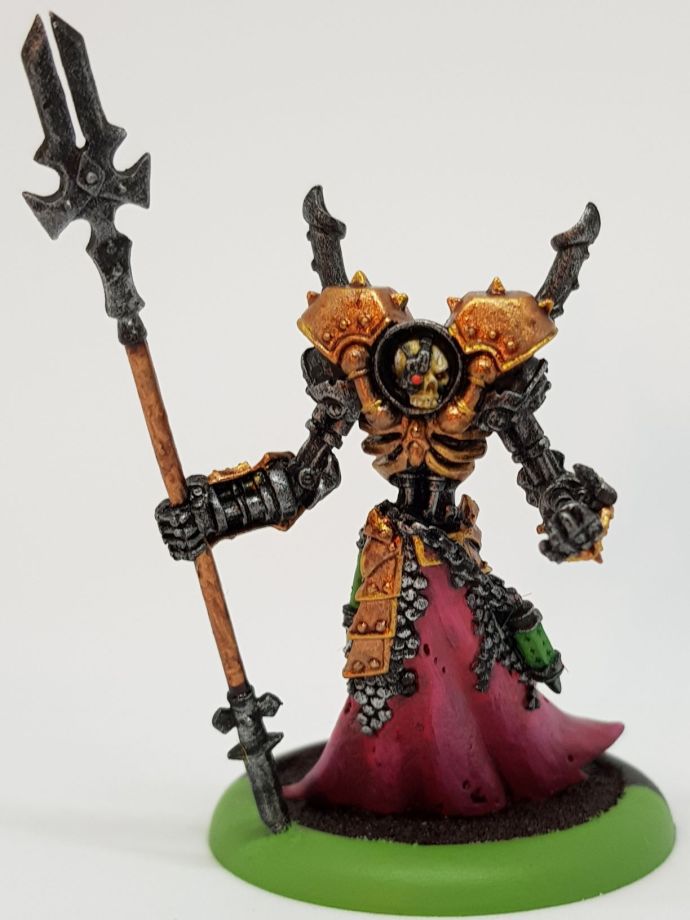 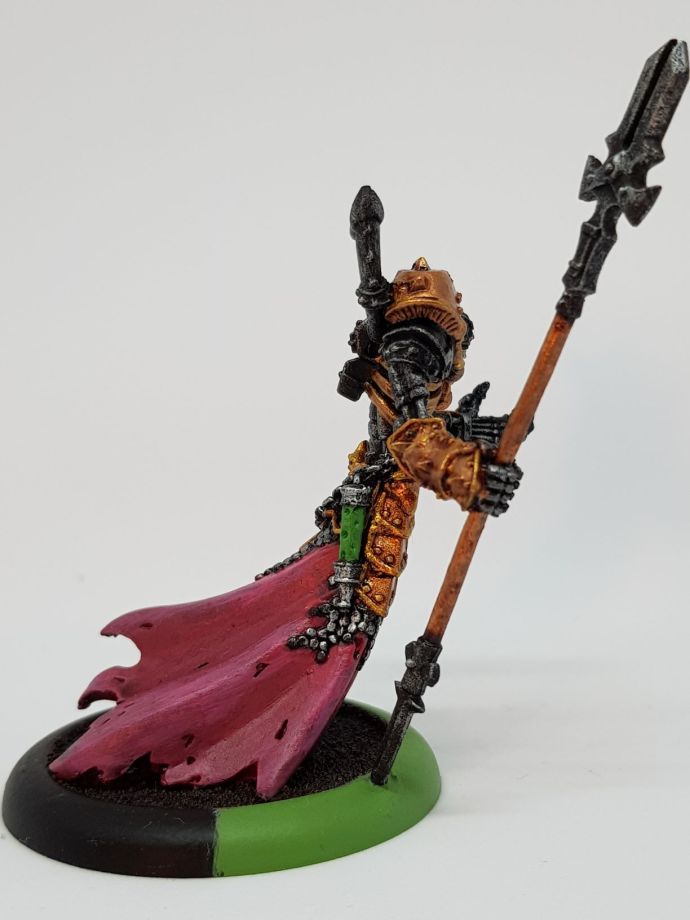 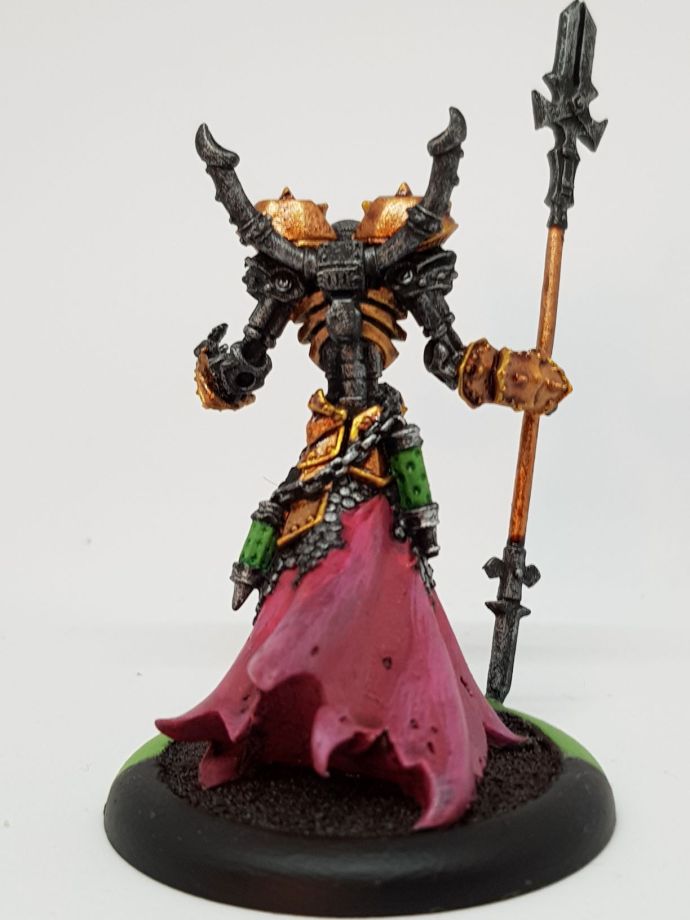 Next on the painting table: Chaos Knight Despoiler