Here is General Gerlak Slaughterborn for my Warmachine Cryx army. He’s a melee focussed fighter with an amusing ability to move and keep making attacks as long as he can keep making kills. In principle this should allow him to smash his way though entire units; however my limited experience of using him is that the sort of infantry he wants to be chopping up are the sort that no-one is playing anyway. Luckily, the General makes all other Blighted Trollkin on the table just a bit better simply by standing there, and the prospect of having him eat a whole unit of incautiously-spaced infantry can either waste the other player’s clock a little or otherwise encourage them to make positional mistakes.

Painting Gerlak was an absolute pleasure. He’s an old miniature, as can be told by his rather two-dimensional pose, but his sculpting is still clean and there are lots of really nice textures on him. Even though he’s part of a different army and is Blighted (i.e. has suffered from the sort of radiation found in comic books which bestow super-powers), I tried to keep his skin and hair/weird rocky bits similar to the normal Trollbloods I’ve painted. Getting some pink colour in was a bit of a challenge as it didn’t really fit nicely anywhere, but eventually I got it to work out. 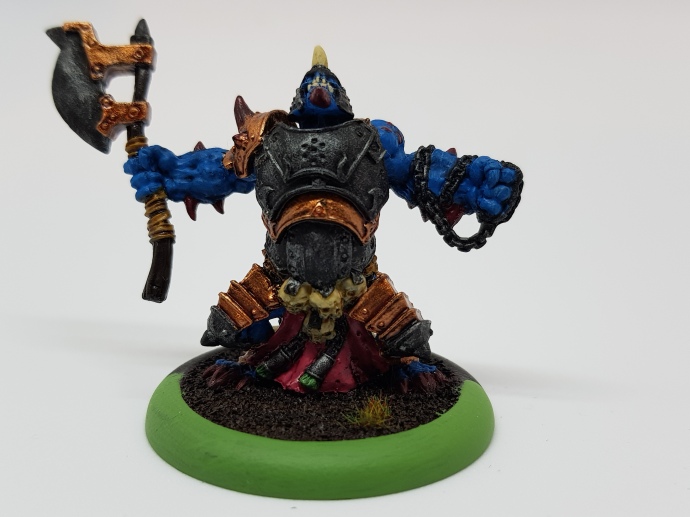 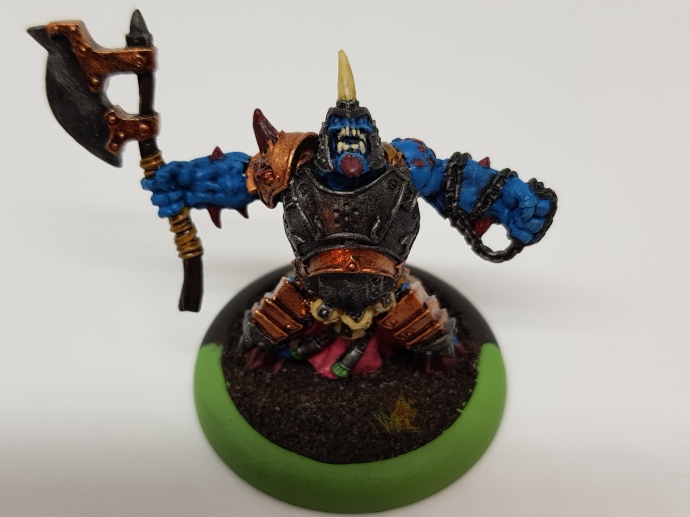 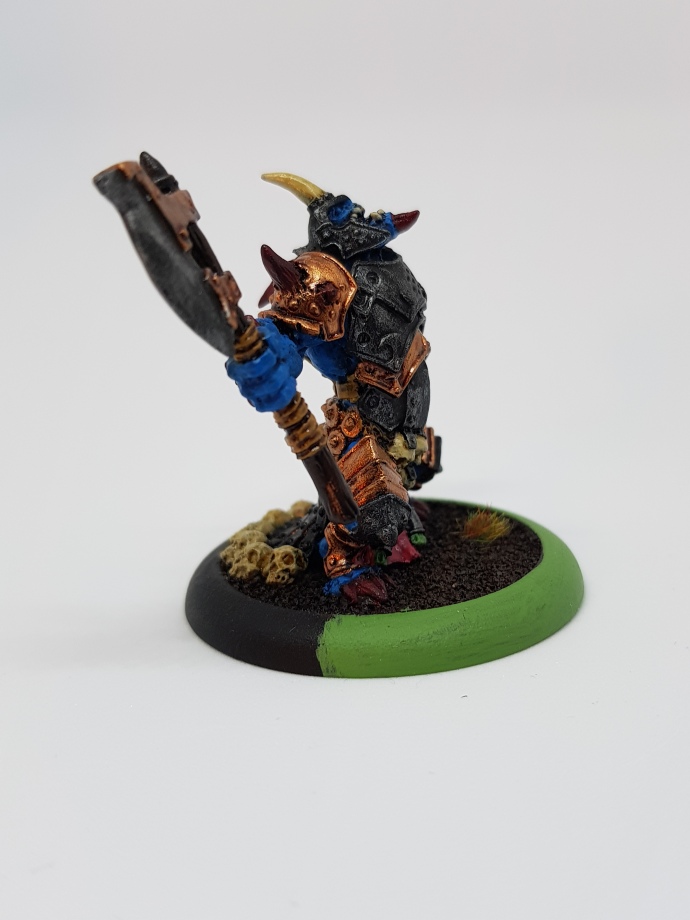 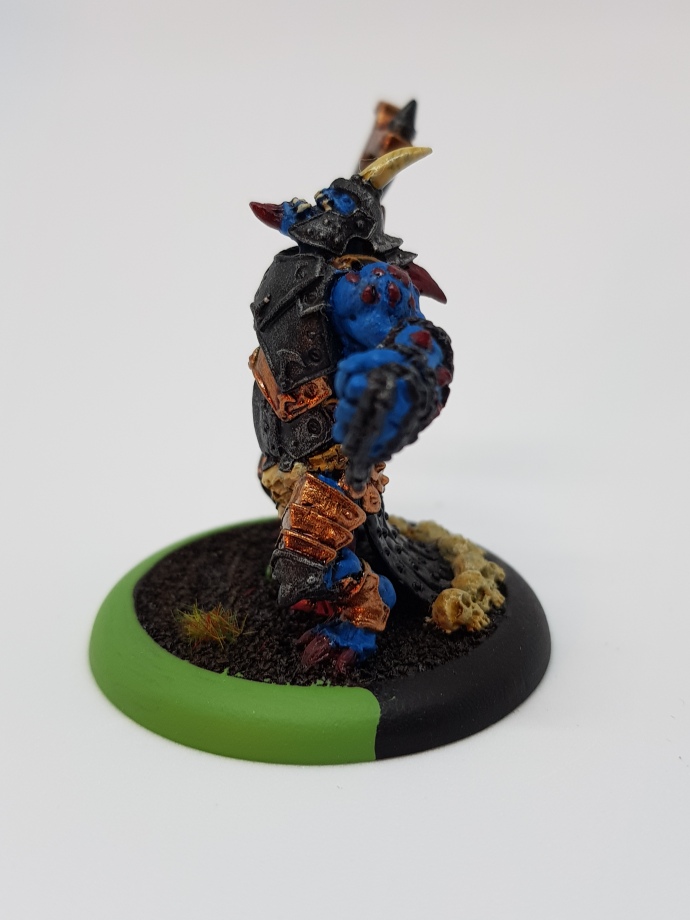 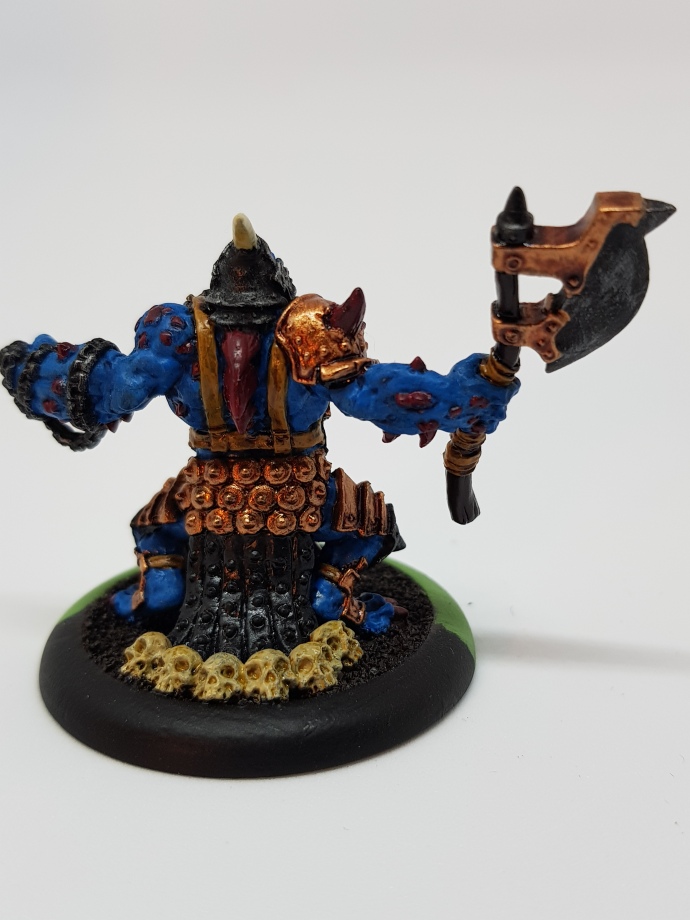 Next on the painting table: Satyxis Raider Captain.