This is a Bloodwrack Shrine for my Daughters of Khaine army in Age of Sigmar. I’ve used it as my general in the rather few games I’ve played in the system and it has done an adequate job holding the centre of my line. I consider it an anchor of sorts since it is considerably tougher than the rest of the Witch Aelves, although this is probably fitting since the army as a whole has opted for the famous ‘chainmail bikini’ approach to armour.

I didn’t spend over long painting the carriage itself, partly because I want the focus to be on the crew and bath (!) and partly because it’s not really very exciting to paint. In retrospect I would have swapped over the skin colours between the Medusa and the Shrinekeepers; the contrast between the dark brown skin and dark green scales on the Medusa doesn’t work as well as I’d hoped. On the other hand, I quite like the way that the bath of blood looks considering how simple it was to paint. Overall I’m pretty happy with the end result and it makes rather a nice centrepiece model.

Observant readers will note that my Bloodwrack Shrine is halfway between the proper build and a Cauldron of Blood, which is the other build option in the kit. This is because I got part way through assembly when I realised that the Bloodwrack Shrine is meant to have a huge mirror mounted where my Medusa sits (she is really meant to be in the bath). Even in a world where magical bikini-clad elves push baths filled with blood around the battlefield, it struck me as a bit silly to bring a mirror along – surely it would get smashed the first time they rode over a bump in the road. More importantly, I didn’t fancy my chances of painting a mirror that didn’t look awful. Even more observant readers might also spot that I’ve put the dais on the wrong way round; the central spike is supposed to be at the back. Oh well.

The blood shows up really nicely against the relatively drab skin of the snake part of the Medusa. The kit comes with another two characters (they ride the other build) so I’ll get them out of the way shortly and put up a family photo. 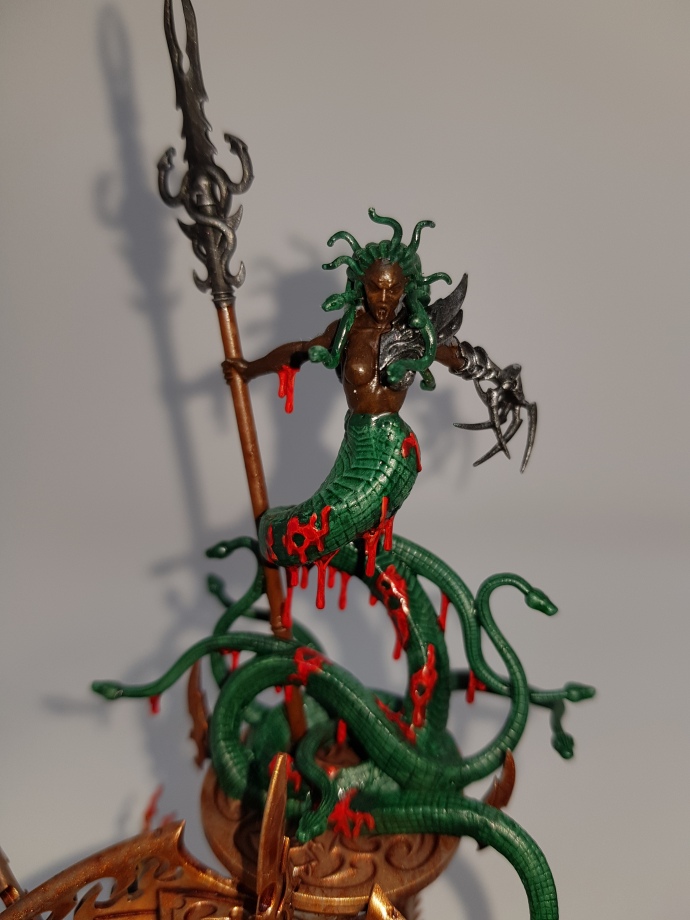 I deliberately kept to the same colour palette as the regular Witch Aelves for the Shrinekeepers except for using silver armour rather than bronze (which would blend in too much with the carriage). 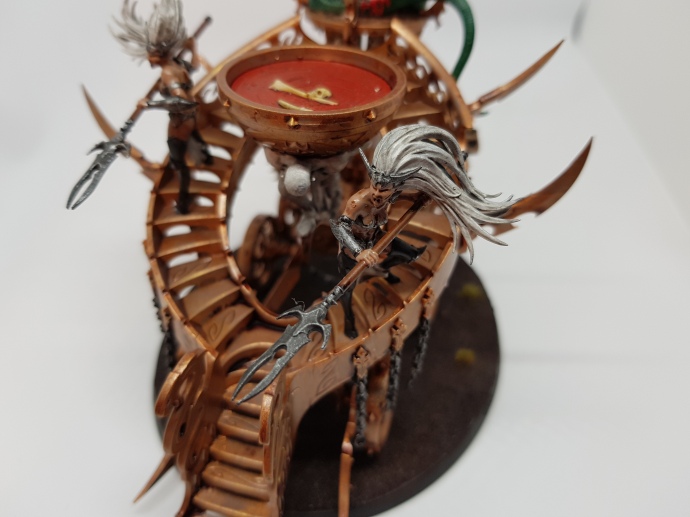 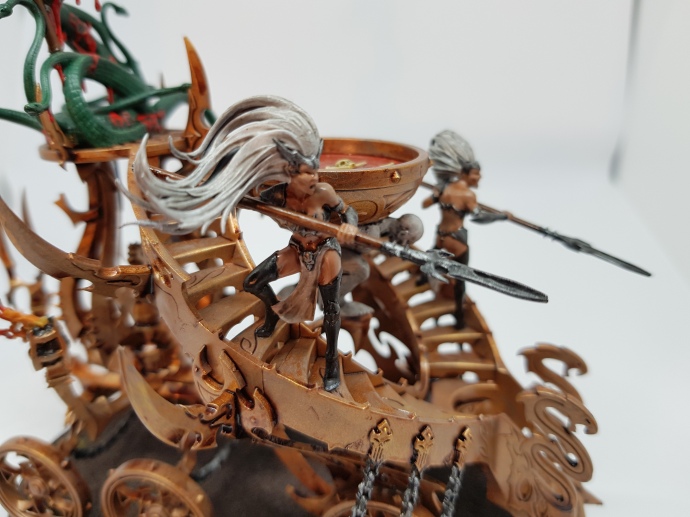 Next on the painting table: Hag Queen.