This is a Poxbringer, the first miniature in a fledgling Chaos Daemon army for Warhammer 40,000 (and Age of Sigmar, at least in theory). In the time since I last played the game, all the Heralds have been renamed into something more silly and copyright-able; in this case the Poxbringer would previously have been a Herald of Nurgle. It’s a pretty cheap HQ choice and mainly benefits me by increasing the strength of other nearby Nurgle units and occasionally contributing some damage or similar with a psychic power. The few times I’ve been desperate enough to commit the Poxbringer to close combat have gone pretty poorly so I generally aim to keep it behind a big blob of Plaguebearers.

Furycat and I got the itch to play GW games again after a rather long break so we’ve been dipping in with 500 and 1000 point games between combination of my Daemons, his Space Marines and Gary’s Space Wolves. You can read a bit about his initial thoughts here: link. So far 8th edition has been quite entertaining, being fairly smooth on rules interactions and at least tolerably balanced (by GW standards). The missions are the main let down as we’re playing with the scenarios from the main rule book but I understand that there are alternative options available for us to research.

I’m splitting the skin tone of the Nurgle units between green and brown; as can clearly be seen the Poxbringer got brown. I’ve been trying a new approach of working mainly with washes for the bulk of the miniature, so in this case I started from a white undercoat and went straight in with two washes of Seraphim Sepia. Everything else is done in the ‘normal’ way; i.e. with paint first. I like the way that the purple guts contrast with the skin, but the bone of the weapon and tree / antler (?) thing sticking out of the Poxbringer’s back is probably a bit too close in tone. I couldn’t think of a clever way to fix that since I want to keep those bony colours consistent even for when I get to the units with green skin and so it needs to be something both slightly naturalistic and contrasting with green. Even with that, I like the result and feel that the Poxbringer will be a good start to my Chaos Daemons. One down, potentially hundreds still to go! 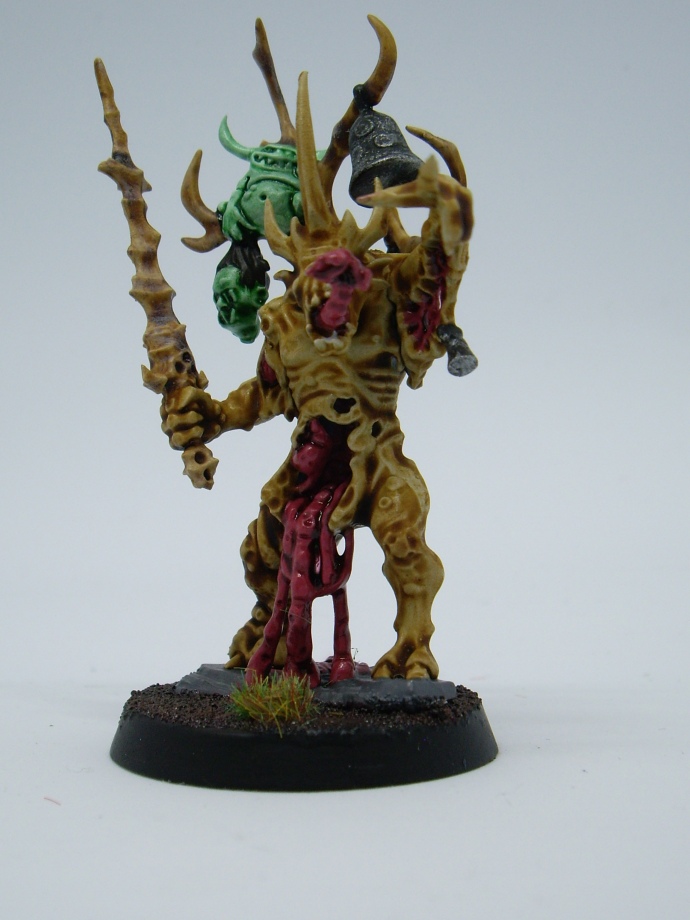 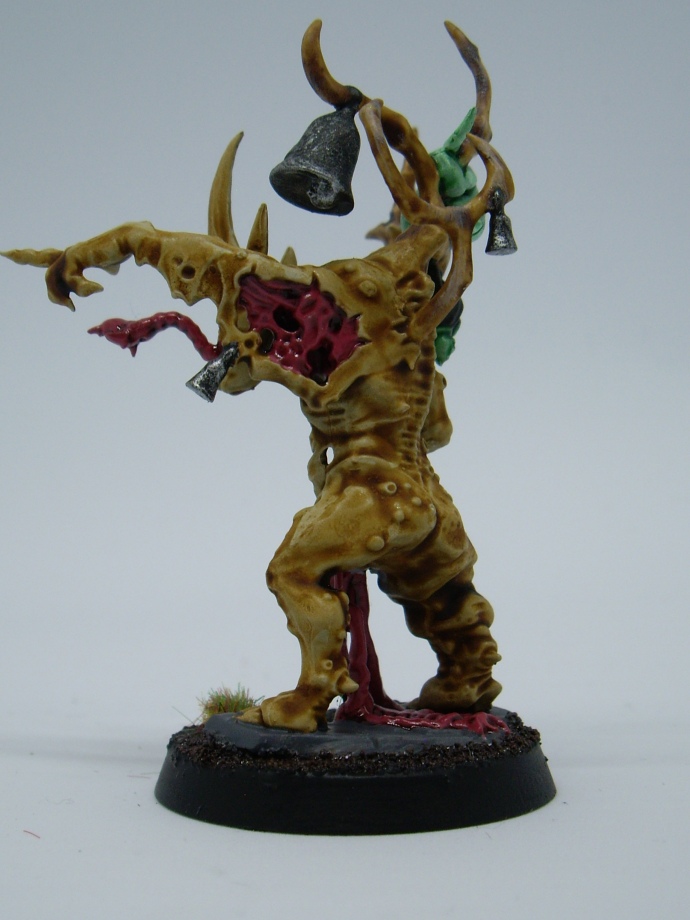 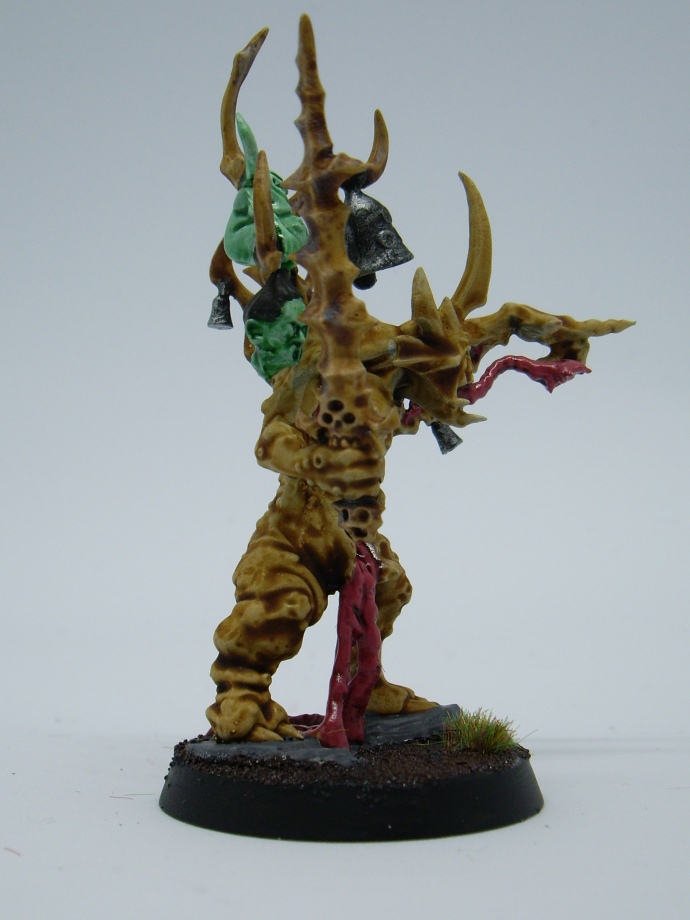 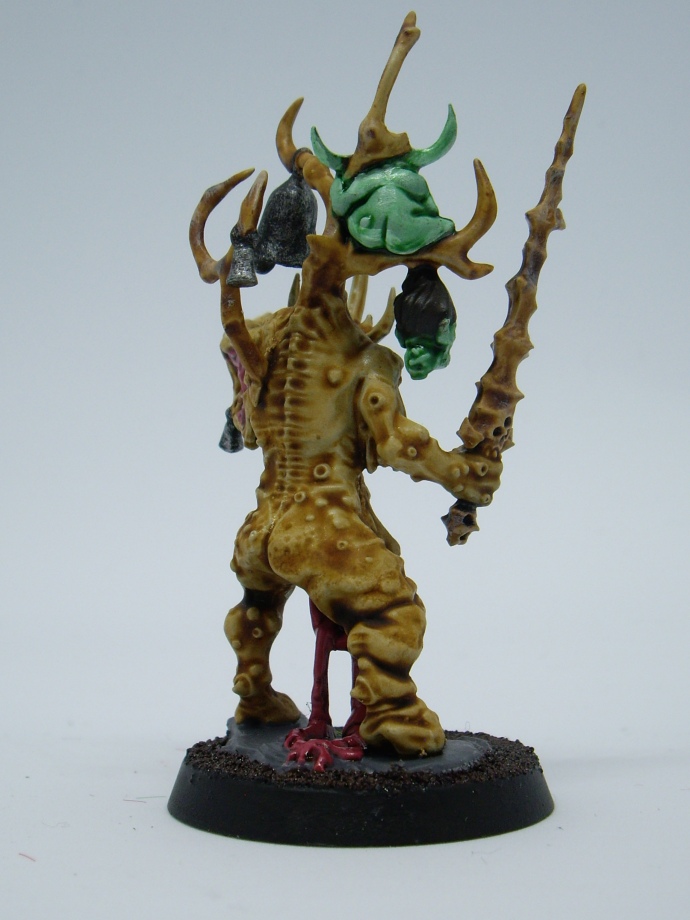 Next on the painting table: Plaguebearers.