Here are two more remotes for my Infinity army, the Druze Bayram Security. Just like the Peacemaker, these are both ‘brought in’ from the PanOceania faction, which has the side-effect of making the miniatures frustratingly hard to find on a web catalogue for a new Infinity player like me (because they’re categorised under ‘PanOceania’ rather than ‘Non-Aligned Armies’). The Clipper (left in the photos) has a Missile Launcher which means that I really love to use it in the active turn. Being a remote, it can have various Supportware used on it by my Hackers to improve its accuracy and rather unusually for a remote it can also be part of a Fire Team. This makes it a really horrid piece to face when I can set the engagement. As a result, I’ve mainly lost it to camouflaged snipers gunning it down from halfway across the board in my reactive turn. The Fugazi (on the right) has some cool sensor equipment that I’ve never used well but I don’t mind because it’s really cheap and brings and Regular Order along. So if it does nothing but sit still and occasionally Flash Pulse some fools then I’m quite happy.

Nothing of note to say about the painting here; I just copied the Peacemaker as closely as I could manage. Trying to get straight lines along the green to white boundary gives me a new appreciation for all the talented painters out there who can do freehand. 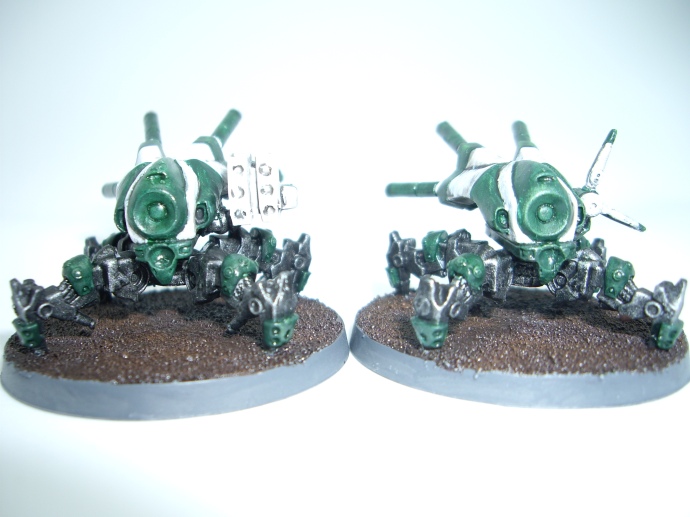 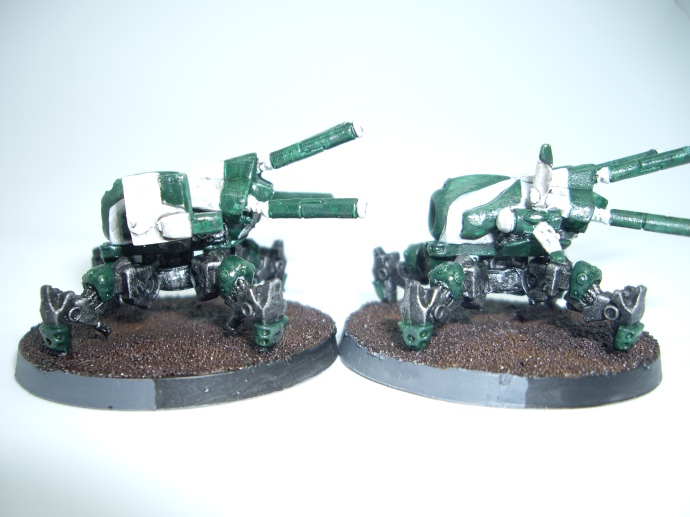 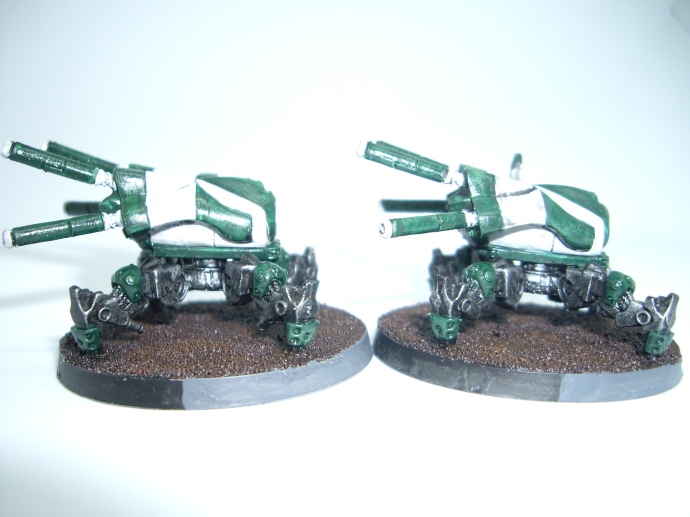 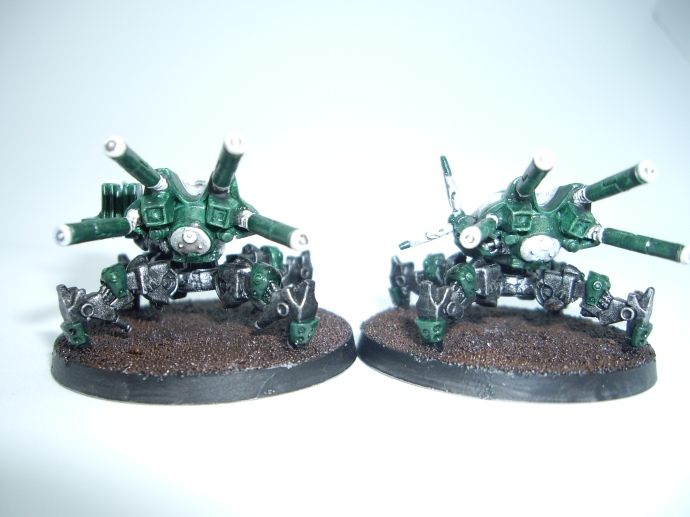 Next on the painting table: Krielstone Bearer and Stone Scribes