This is Datsue Ba, another part of my Malifaux Resurrectionist crews. Like many I’ve painted recently, Datsue Ba has the Spirit keyword giving her some nice synergy with both Molly (when taking the Forgotten Path upgrade) and Kirai. I’ve mainly used her as a bully of opposing scheme runners as she can get additional free attacks on a trigger to her melee option and more amusingly can summon ghosts from those she kills with her spells. Picking the right target at the right time can give a very useful attrition swing as the other crew loses a member while I gain one. Datsue Ba has few wounds but is often inefficient to attack considering that she is both Terrifying and Incorporeal; she certainly doesn’t want to be in the thick of the action but seems to work best floating on the edges of an engagement picking off the weak stragglers and turning them into my own Onryo and Gaki.

I chose to make Datsue Ba’s skin look ghostly rather than rotting and in retrospect I should have chosen a different colour for her dress as there is too much green in the end. I realised after I finished the paintwork that she looks like Yamaziko has died and become a vengeful spirit. Overall not the most inspiring miniature I’ve worked on but I’m really glad to get her out of the queue and into the crew (not that I have any qualms about playing with unpainted miniatures).

I think that Datsue Ba is based on some actual Japanese folklore, but I’ve never yet had a satisfactory explanation of why she has an octopus on her lantern. 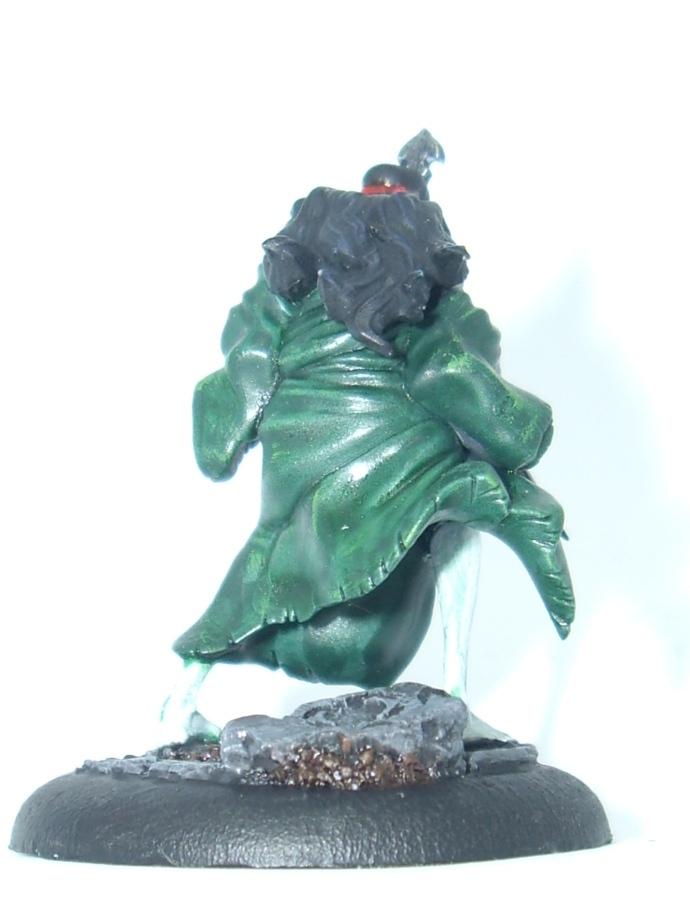 Next on the painting table: Witch Coven of Garlghast and the Egregore.