This is Barbaros, one of the Nephilim Henchmen for the Neverborn faction in Malifaux. Unlike Nekima (more on her later), Barbaros is a tanking and control piece. His main ability, at least for me, is to make enemy models take a fairly tricky willpower check if they are near him and target someone else with an action, otherwise they fail. Ideally they’ll be in a position where actually attacking Barbaros is impossible or undesirable so they would need to take the test all the time. Helpfully, it even affects things like healing friends. Naturally, passing one willpower duel is easy (notwithstanding the Black Joker, of course) but with some clever positioning I’ve had opponents taking more than a dozen in a single turn. Eventually, they start to fail and have run out of good cards to cheat in. Even when Barbaros is attacked he has armour, Black Blood and a tasty (if rare) defensive trigger to keep him in the game. Overall, Barbaros is one of my favourite pieces in the faction.

I stuck with the same Nephilim skin tones as before, pale blue all over for skin and purple hair. At least Barbaros is wearing more than one item of clothing so I was able to mix up the colours a bit with his armour. I like the pose, though I’ve knocked his left arm off quite a few times now (the spikes on his weapon keep sticking in the foam of my carry-case). The only frustrating thing is that the miniature has wings but the rules of the game don’t give him flight. It took me quite a few games to get that correct, especially as the Young Nephilim have almost identical wings but can fly. 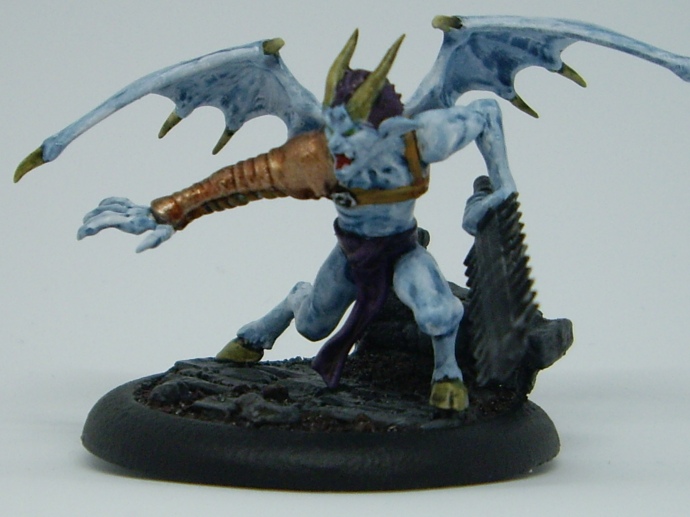 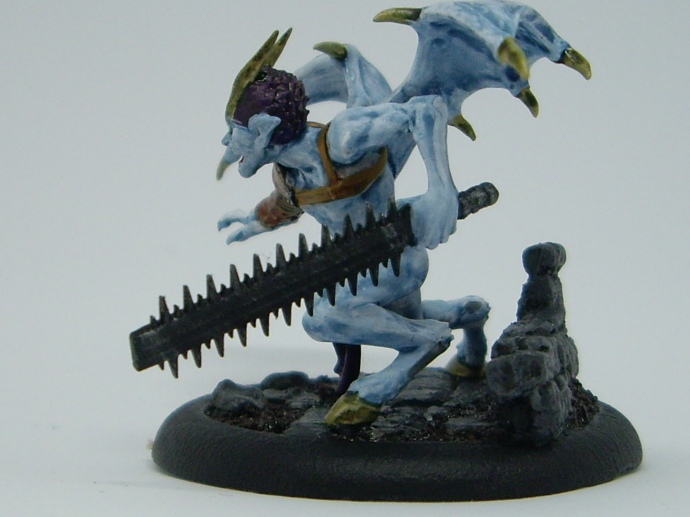 Next on the painting table: Waldgeists.