This is the Malifaux Outcast, Rusty Alyce. She is linked in the story with Leveticus, but in my opinion she can find a place in any crew. She is very fast-moving and has a fantastic weak damage of 3 on her gun; that she can use Rapid Fire is just wonderful. Being able to move into position then Rapid Fire makes her an excellent option with Tara (easy to get her Fast) and Jack Daw (can Torment her at the start of the game then push her around at the start of her activation). She also has a melee attack which is pretty uninspiring with the exception of a massive severe damage. This is wonderful if you can ever get a straight flip, but few opponents will allow that too easily. Alyce does conveniently have a trigger (on crows) to discard cards to get positive damage flips, which in theory can allow you to cheat in that severe damage. However, in practice I find that this is often too heavy on the control hand, as you need a high crow (or any high card plus you have to telegraph it with a soulstone) to hit with, then cards to discard, then another high card to actually do the severe damage. She also has a couple of rather nice options for upgrades. Desolate Soul allows her to shoot Abominations out of people (rather than just punch them for the effect) and From The Aether allows her to magic up scrap counters and then turn them into Abominations. In theory, the latter synergises well with Von Schill’s Engage At Will upgrade, but I haven’t tried it yet. In either case, I used to find the cost of the upgrade too high for the effect. Now that Show Of Force exists as a scheme, I find it much more useful to have a ranged model with a handy, albeit situational, upgrade attached in case I either need to score it myself or deny it.

I really enjoyed painting Alyce, that pose has a lot of cheeky style. The pink hair was quite anime styled but I liked the effect; of course it also allowed me to add more pink to tie in with the rest of the Outcasts.  I enjoyed the way the bold red of the trousers and coat contrast with the pale shirt and coat.  And yes, she does indeed have a clockwork arm. 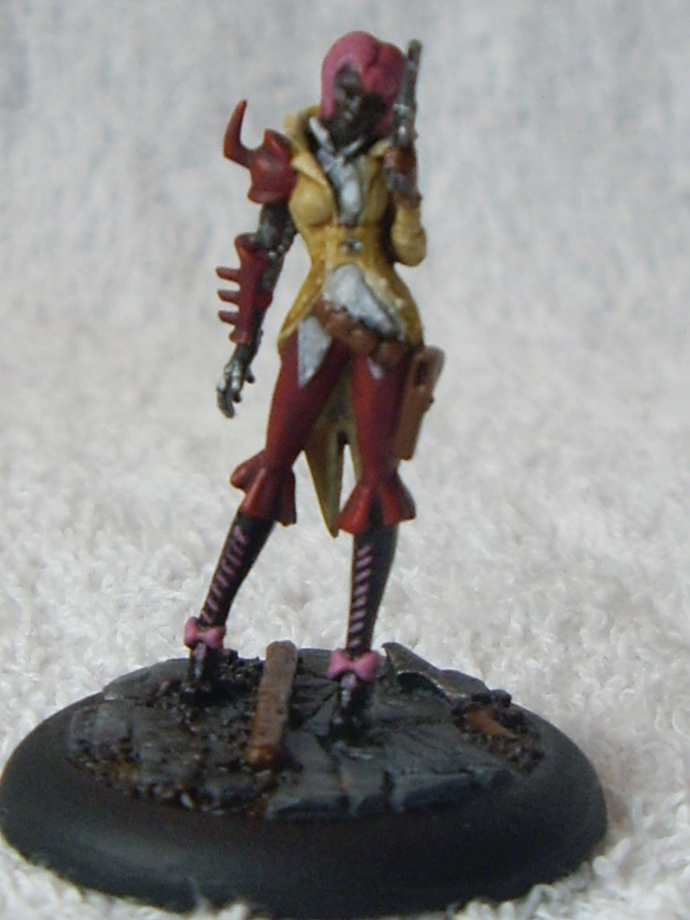 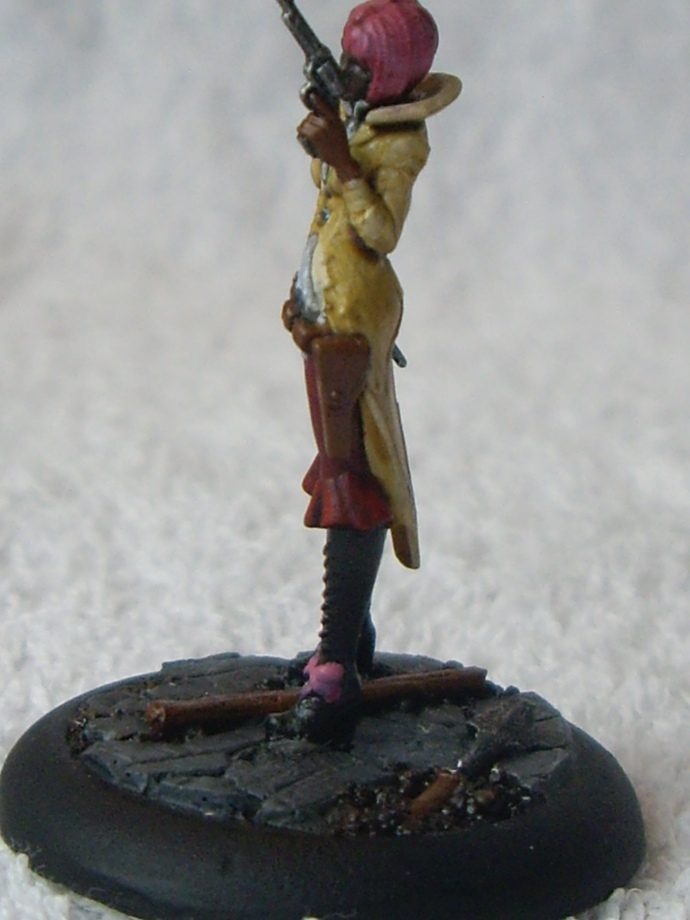 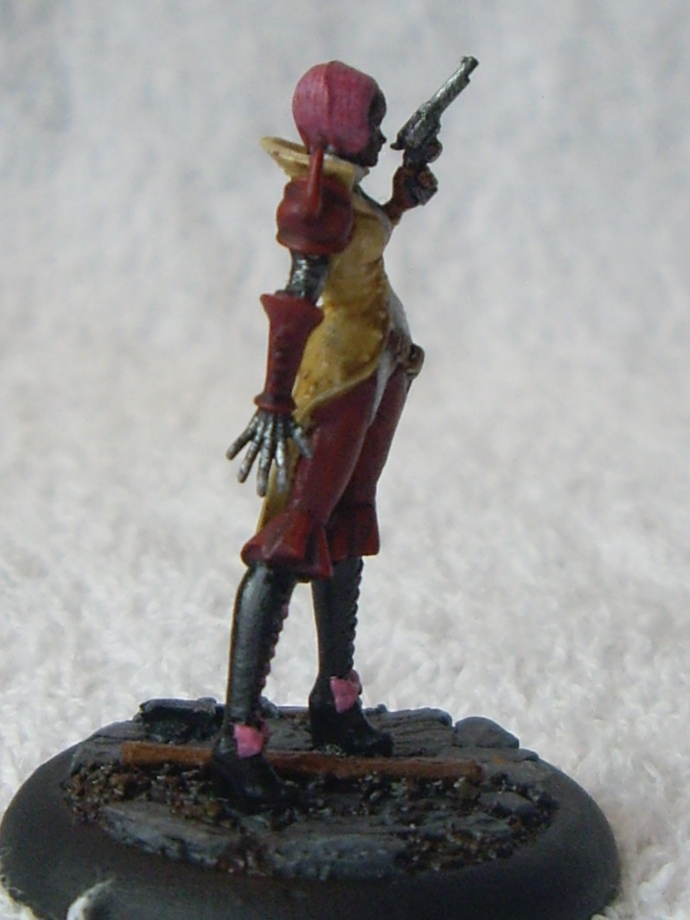 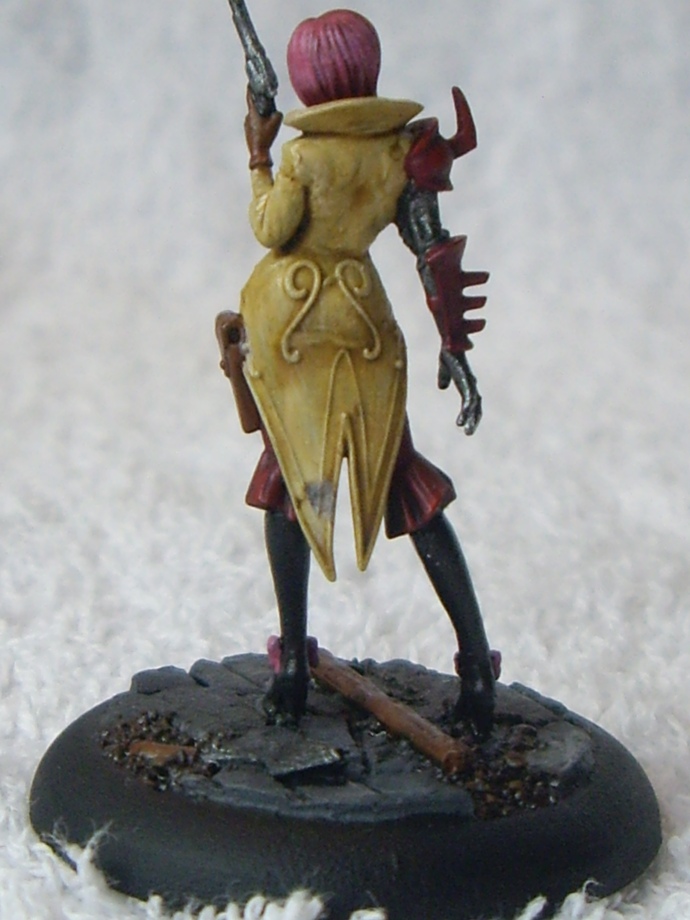 Next on the painting table: Freikorps Librarian.