It is time for the beginnings of a second set of crews for Malifaux: Ten Thunders.  I’m really enjoying Malifaux, but the fact that their range was entirely metal was a downside for me as I vastly prefer plastic as a medium for my miniatures.  So when Wyrd announced that the new faction (Ten Thunders) would be released in plastic, my geeky little heart cried out in joy.  After playing a game against a local Henchman’s Dark Debts crew, I decided that it was worth a purchase.  Thus far I have been annoying my friends by insisting that we play 24SS games of Malifaux (a non-standard size but it’s the most you can get out of the basic crew box) since that’s all I have of Ten Thunders.  The crew is a lot of fun to play but I’m not sure if I will be able acquire enough Ten Thunders miniatures to play them in the next tournament.

Anyway, here is the Hungering Darkness.  He’s an evil demon thing who lives in the basement of the Honeypot, the casino owned by Mr Lynch (more on him later), eating the souls of various gamblers.  In game, he’s hilarious as he gives people the Brilliance effect, uses them to do his bidding, then pops back out of them when they finally die (if anyone has been able to kill him in the meantime).  The miniature, while looking reasonably like the artwork, is difficult to paint well as it looks like a giant tadpole.  I opted to paint the legs a different colour from his body simply to make the Hungering Darkness look a bit less like a big black blob.  I’m still unsure on the eyes, which are plain white at the moment.  The rest of the Brilliance-infected crew will have pupil-less eyes to show their inhumanity but it doesn’t look great at this size.  On the other hand, my other thoughts (e.g. slit pupils) would be hard to pull off without looking even more silly, so I’m going to leave them for now in case I get inspiration. 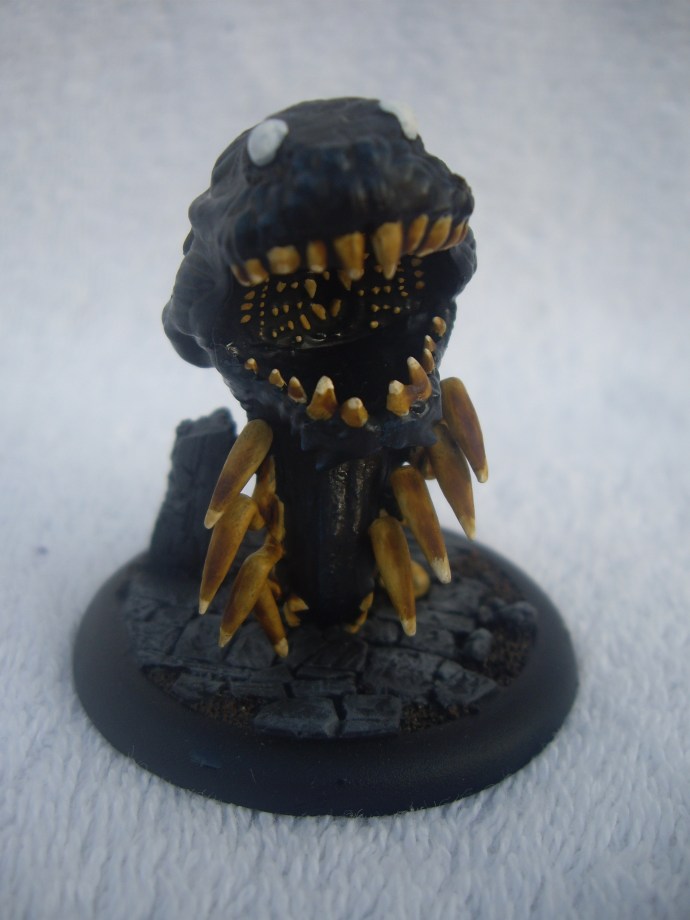 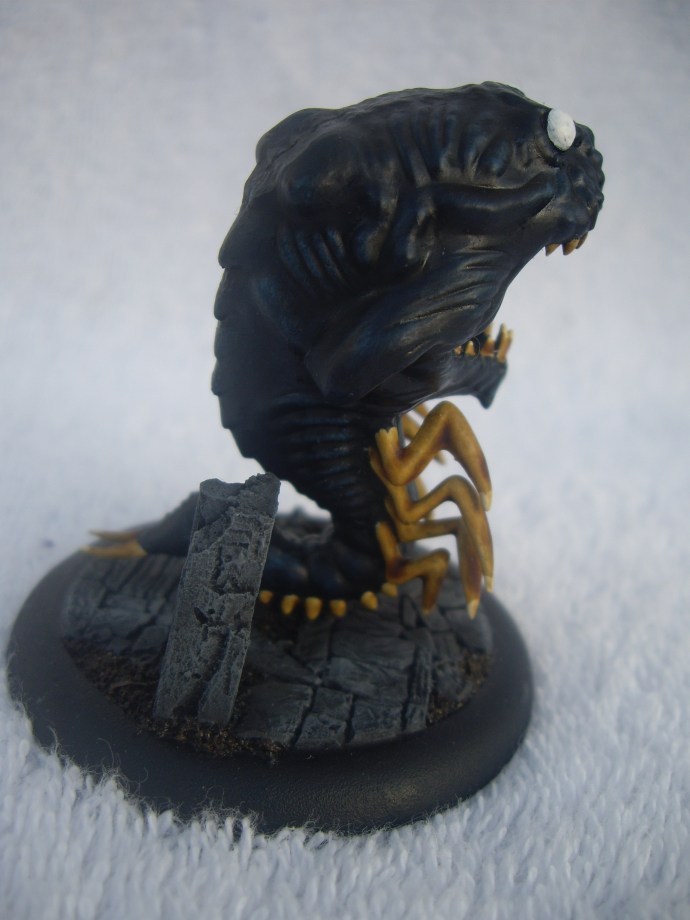 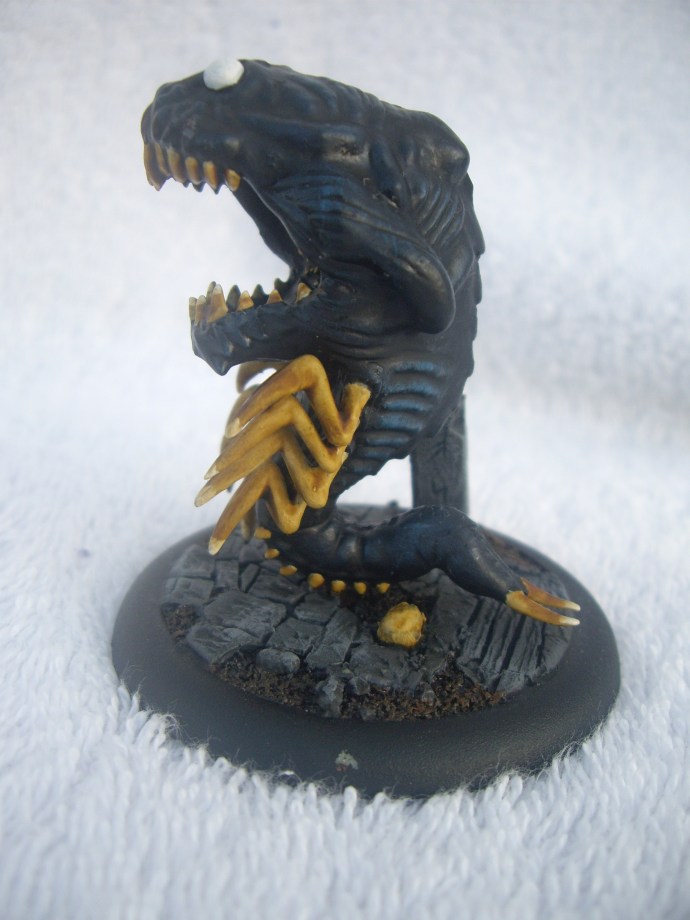 Finally, here is the first work from Argentbadger Junior MK1; aged 3.  It’s Sparkie the Dragon from Mike the Knight if you’re interested.

Next on the painting table: The Illuminated.