I have now completed the Irongut command group for the Little Death tribe.  The unit isn’t complete as such, because I tend to field them seven or eight strong and I only have six available.  Still, it gets me a little bit closer to my goal of actually having a painted army of Ogresses.

Following a suggestion from the excellent Zebrazach, I chose to make the clothes on the body brighter coloured.  Sadly, I didn’t do so very competently on the Gutlady.  Lucky for me that everything looks fine at tabletop distance, especially when in the middle of a unit of other brightly clothed Ogresses.

There’s not much to say about the bellower.  I liked the pose so it was a lot of fun to paint, but since I made the pose when I built her, I would only have myself to blame if I didn’t like it.  The dodgy sculpting work around the right shoulder is mercifully hard to see now that the painting is done. 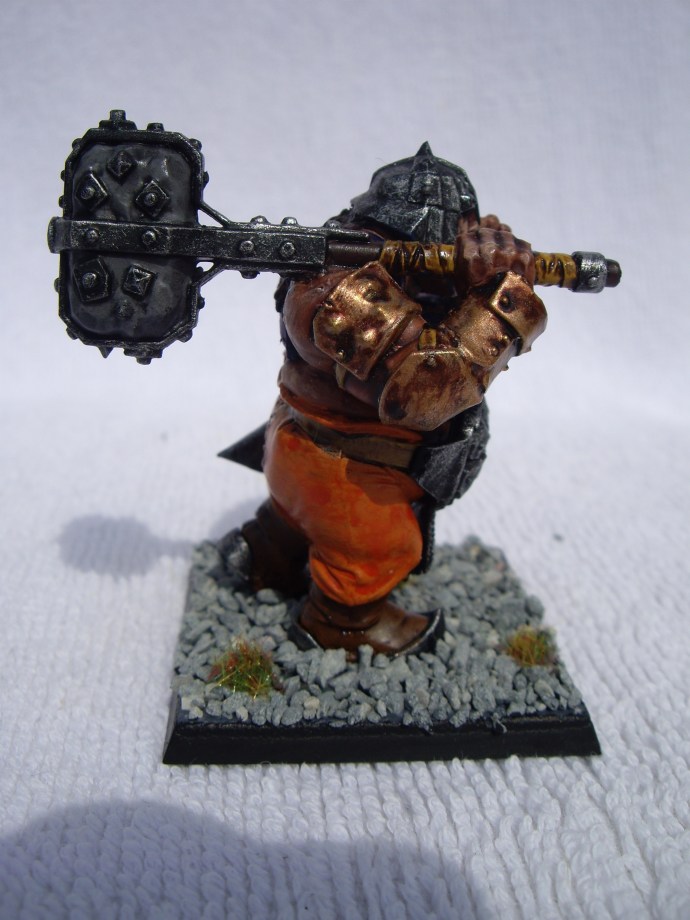 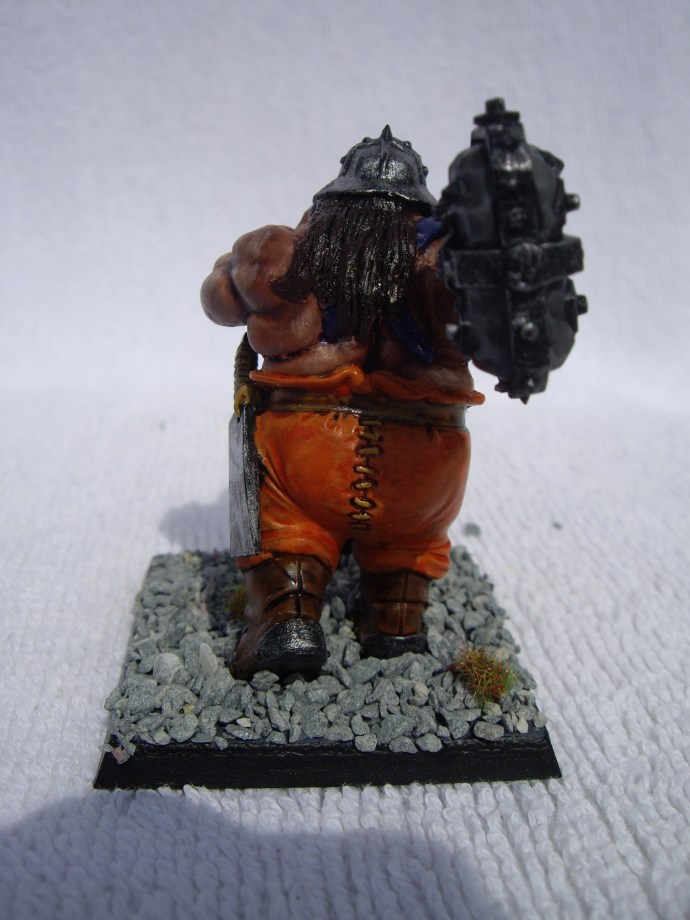 Much like the bellower, the painting on this has hidden the worst excesses of my poor sculpting work.  I’m a little unsure about the ginger hair considering the bright orange trousers and flag, but I doubt that I’ll ever change it now. 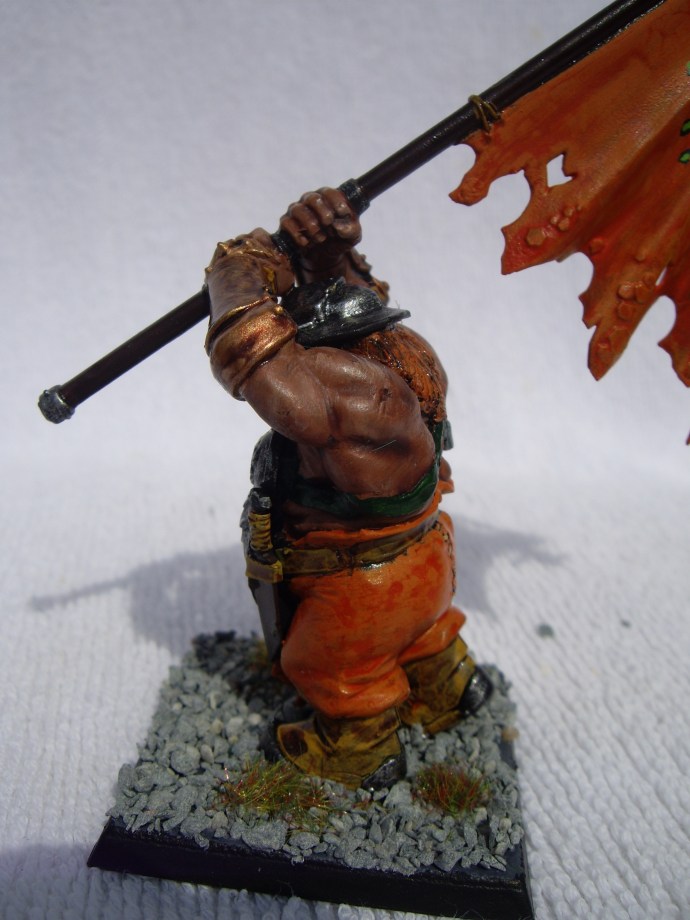 The unit standard bearer caused me the same problem all standard bearers cause me – what to put on the flag that looks nice but doesn’t show up my total lack of skill at freehanding.  I think that this does the job adequately.

Next on the painting table: more Leadbelchers.  This is what the full unit of six looks like in all their glory.