Here are the first two Mournfang Cavalry for the Little Death Ogre tribe.  In game terms they are supposed to be highly effective, but my own use of them leaves something to be desired so far.  The miniatures are excellent (like the rest of the Ogre Kingdom range), and there is something highly entertaining about the idea of fat ladies riding into battle on the backs of hilarious tusked bear / cats / whatever.  Painting the fur of the Mournfangs themselves was a particular treat as it takes well to the simple techniques I like to use. 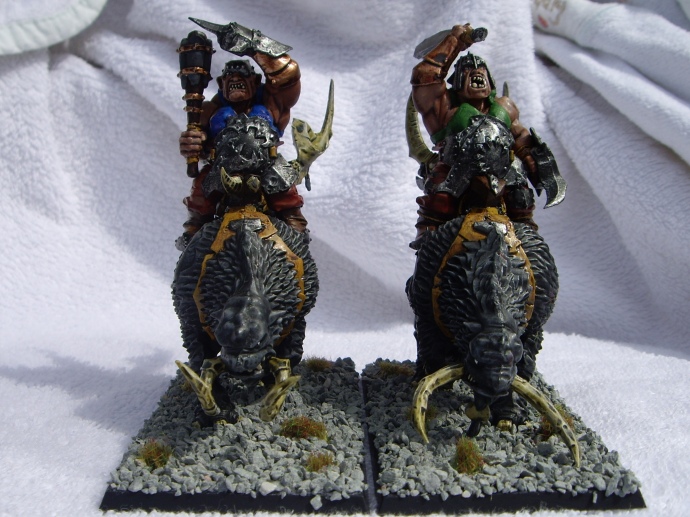 I took the photos on a rare sunny day here and it makes the high parry on this one look like she’s shielding her eyes from the sun. 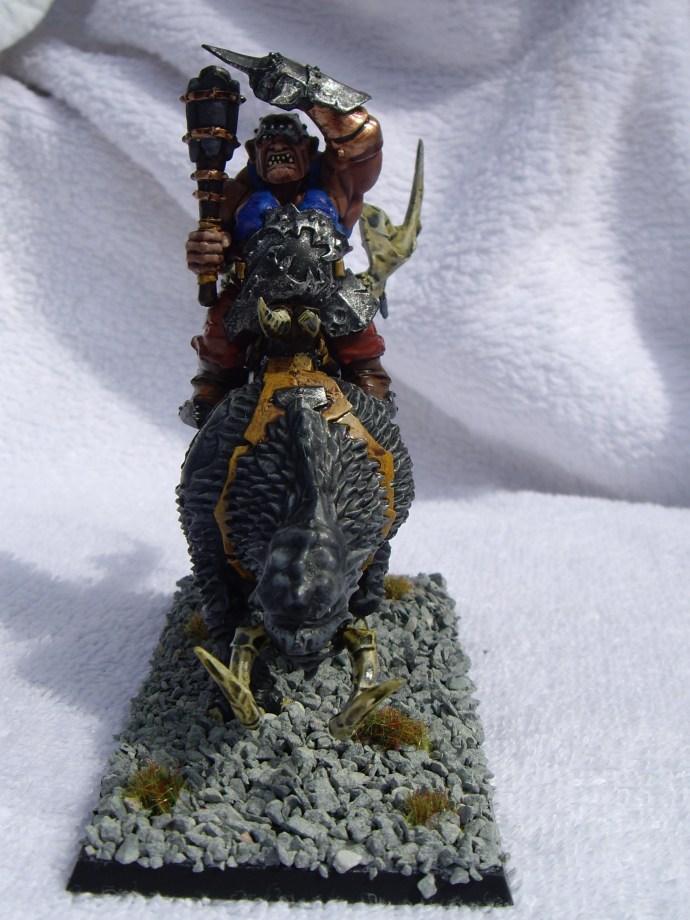 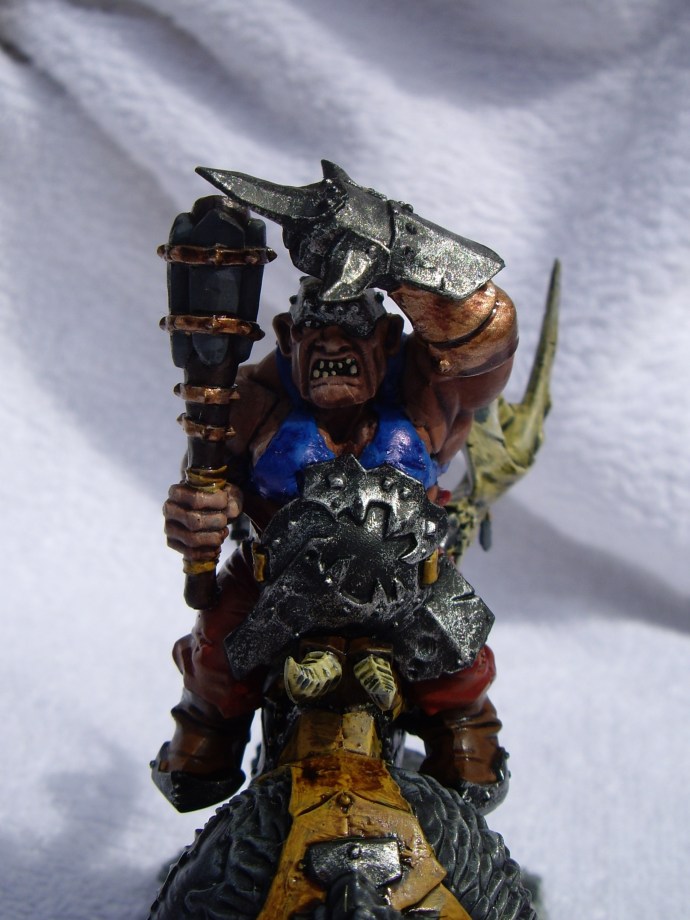 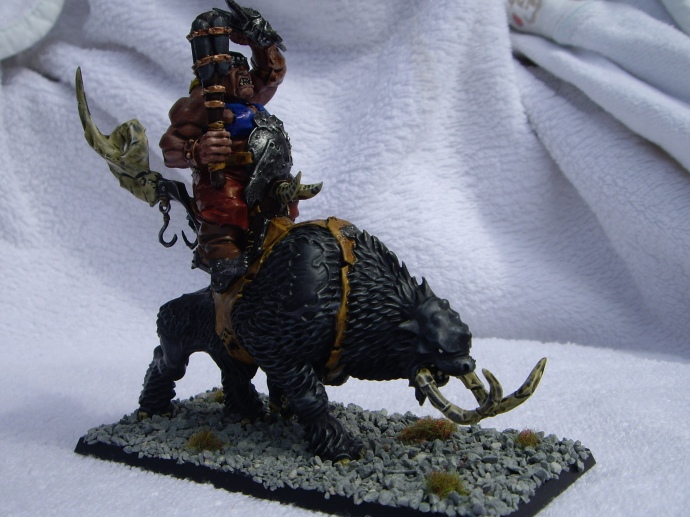 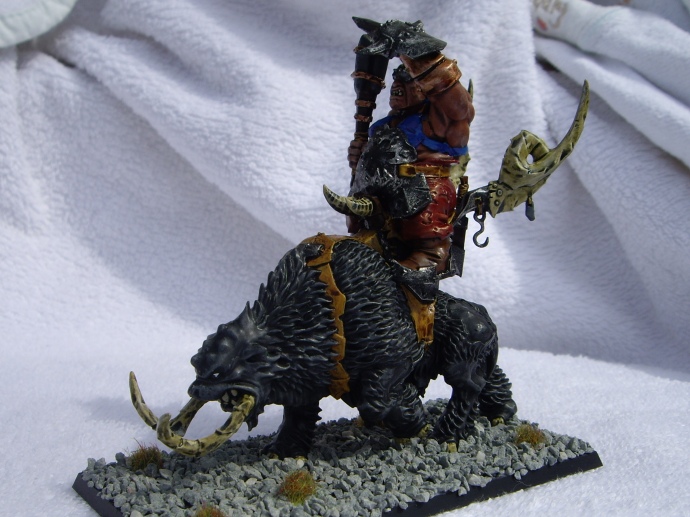 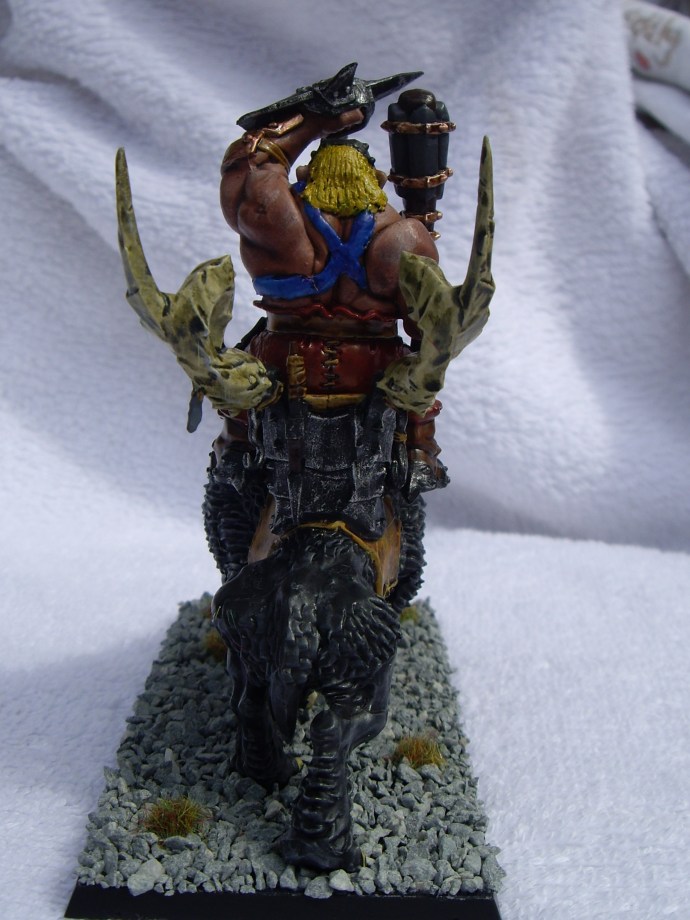 There has been much made of the (admittedly highly impractical-looking) high saddle on the Mournfangs.  I quite like it as it presents the Ogress rider as the focal point for the miniature, while a lower saddle would leave the rider obscured behind the massive fore-quarters of the mount.  I’ve been painting the clothes of the Ogresses in bright colours, and so I chose to keep the Mournfangs themselves in darker tones for contrast. 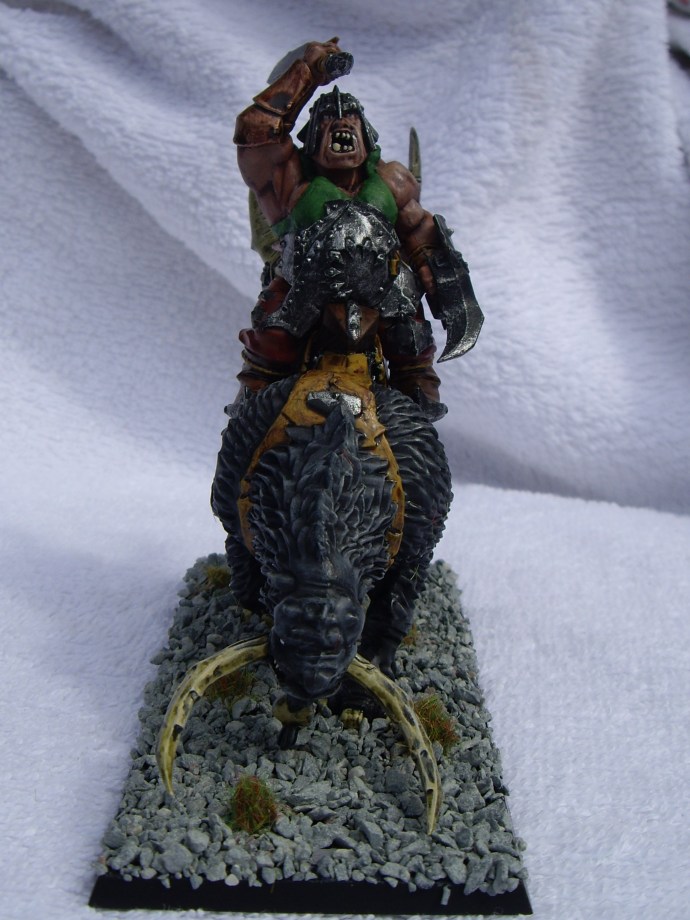 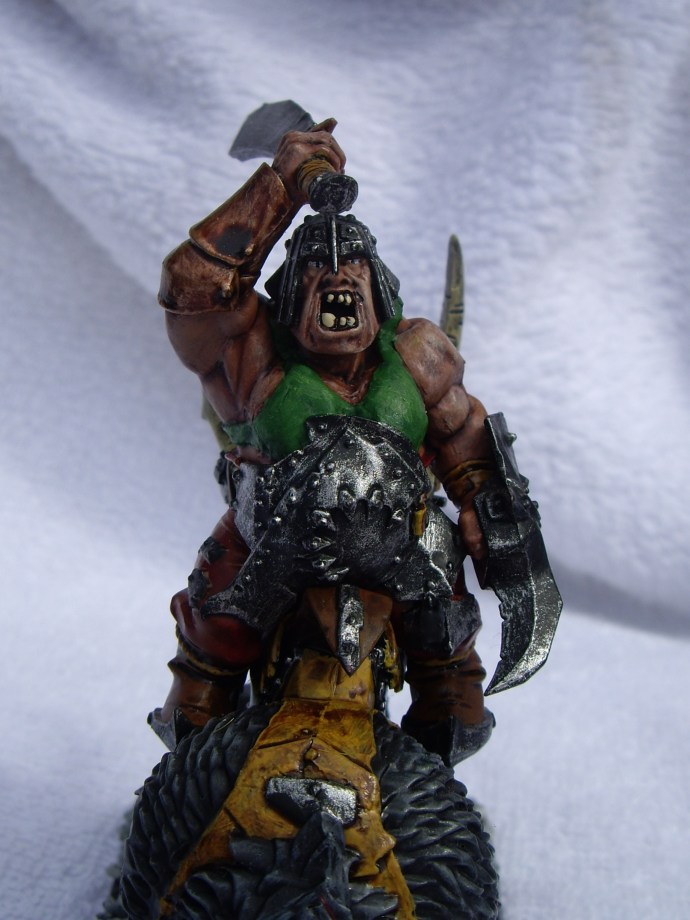 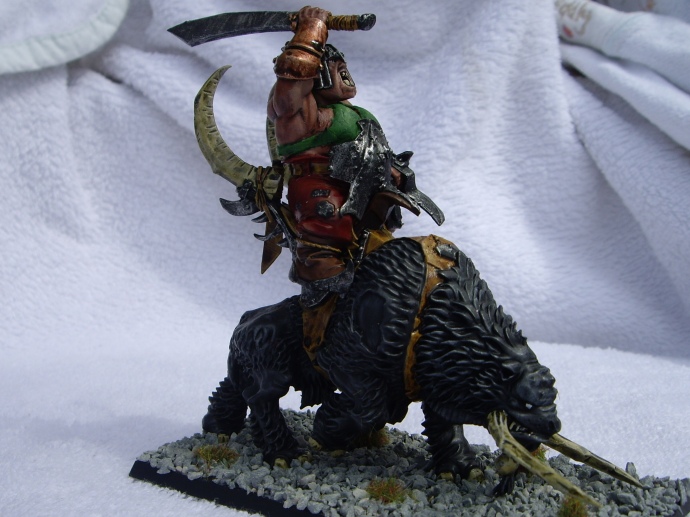 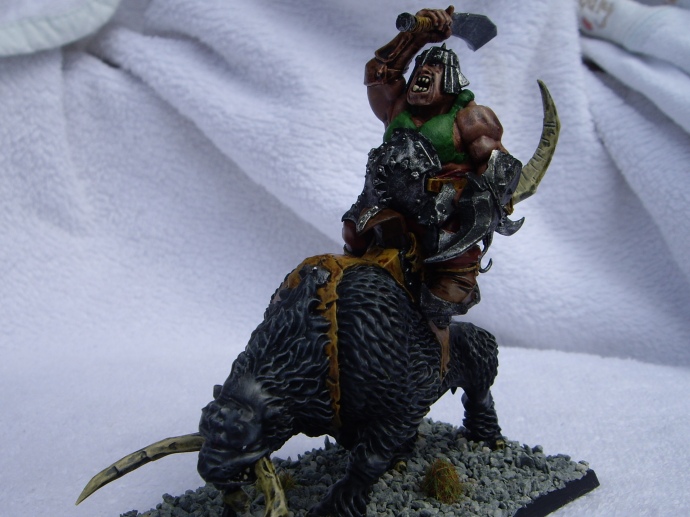 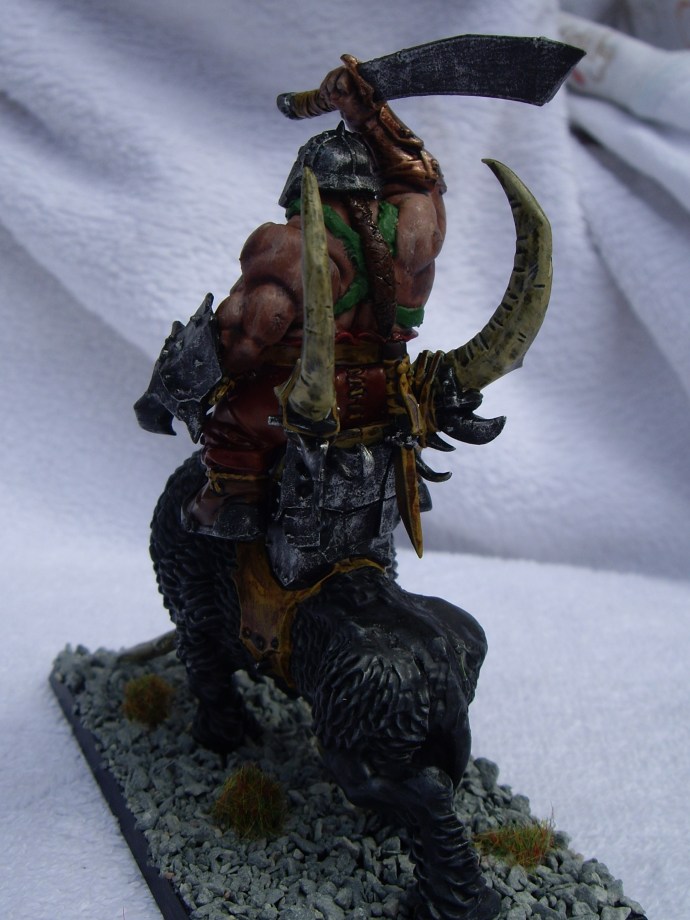 Next on the table: Bulls command group.